They could not tell their sons and grandfather about them. 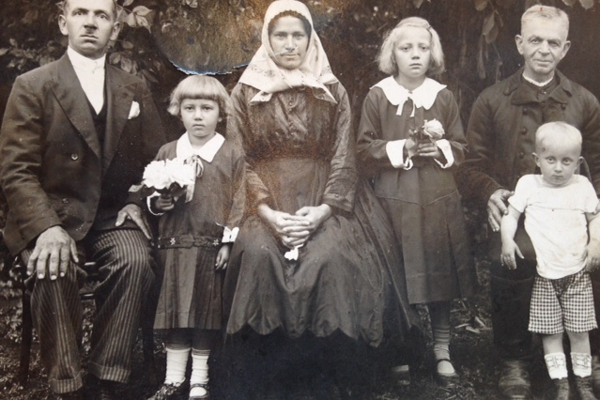 The Počuchs were farmers. According to their daughter, Brigita, they showed compassion to everyone and lent a hand to anyone in need, including Jews.

The Neumans lived in Trnava, western Slovakia. In 1942, they adopted their nephew Egon Kugler after his parents and his brother Leo, who was two years older than Egon, were deported to the camps in Poland.

Due to the danger of possible deportation, the family moved to the village of Smolenice, about 20 km from Trnava, where nobody knew them or recognised them as Jews. During the transition they changed their surname to Horanský, which sounded Slavic. Oskar, the father, continued to practice his profession as a dentist.

The Brichta family also lived in Trnava. In 1942, mother Melánia and her son Arpád were deported to Auschwitz. But when they arrived at a transfer station in Žilina, they got off the deportation train and were released thanks to the intervention of Dr Tóth, the manager of a big company in Slovakia, in which Dezider held a senior position. They then returned to Trnava.

In late August 1944, after the outbreak of the anti-Fascist uprising in Slovakia and the German occupation of Slovakia, the Brichta family also arrived in Smolenice. They too found a hiding place within the Počuch family house, along with the Horanský family who had been staying there since 1942.

The older daughter, Mária Počuchová, already worked in an office, and the second daughter, 16-year-old Brigita, helped her parents in different ways to help save the Jews.

Due to the constant danger, the Počuchs tried hard to hide the Jews, not only from their neighbours but also from the 85-year-old grandfather and their young sons.

During a period of seven months, the Počuch family was looking after six people in hiding.

Brigita got married and the couple had a son, who passed away, and a daughter, who was named Blanka – after a Jewish girl from Smolenice, who was murdered in the holocaust.

Blanka and her family are living in Scotland.

Egon found out about the murder of his parents and brother only after the war.

The Brichta family and Egon Horanský immigrated to Israel in 1948. Egon changed his given name to Dan and Arpád, who later became a professor, to Abraham.

Professor Brichta and his wife visited Smolenice in 1990. As they did not meet the Počuch family members, Brichta sent them a letter to thank them for the rescue.