They treated Erika as their daughter

Although Anna and Ignác saved Erika, the whole village helped her, too. 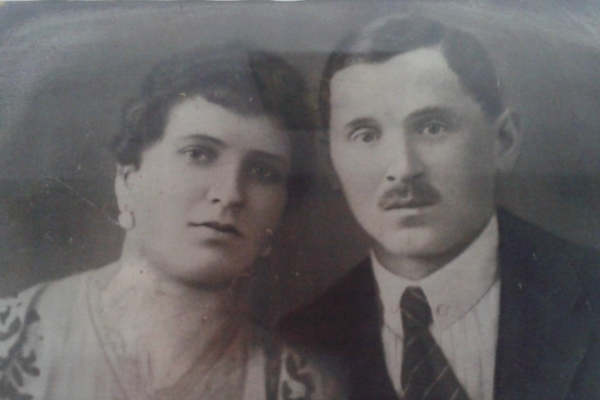 Anna Chladná and her husband Ignác (Source: Courtesy of the Embassy of Israel)
Font size:A-|A+0

The Kohn family lived in Prievidza, located in central Slovakia . They had one daughter named Erika.

In 1942, during the mass transports of Slovak Jews to the death camps, the family was saved because the Slovak state's economy needed the father.

Following the outbreak of the Slovak National Uprising, the family left their hometown and fled to the forest, hoping to join the partisans.

Hiding in the woods

As is known, the uprising failed and the Jews who remained in the mountains endured very severe conditions without shelter and food. During one of the artillery attacks, Erika was not able to return to shelter as she panicked. Later, she suffered from diabetes.

Exhausted women descended with their children to the villages to buy food, mainly bread. But the villagers asked for large amounts of money.

Erika's health deteriorated greatly; she was blue from the frost. Her mother went to the village of Motyčky and knocked on the door of the first house to search for help. The Chladný family were living there.

Anna looked after the girl

Anna Chladná prepared a tub with hot water and warmed up Erika's body. She repeated this action and that was how Erika was saved. Sometimes Erika stayed at the Chladnýs. Anna sometimes hid her under the bed or behind a tree in her garden before the SS soldiers arrived.

When she recovered, Anna sent Erika to school in Motyčky, where a priest of German origin taught. The priest knew, as well as the whole village, that the girl was Jewish. Nobody informed on her, and the priest even helped her to escape through the window during a German inspection. Erika stayed with the Chladný family for about a month until the end of the war.

The Chladnýs did not have any children. However, they adopted a girl called Ľubica, in 1944, who found out about their heroic deed only years later. After the war, the Kohns changed their surname to Kolár and later moved to Israel.