Karolína gave her life to save the innocent

The Germans not only put Karolína to death but also Jews she was trying to protect. 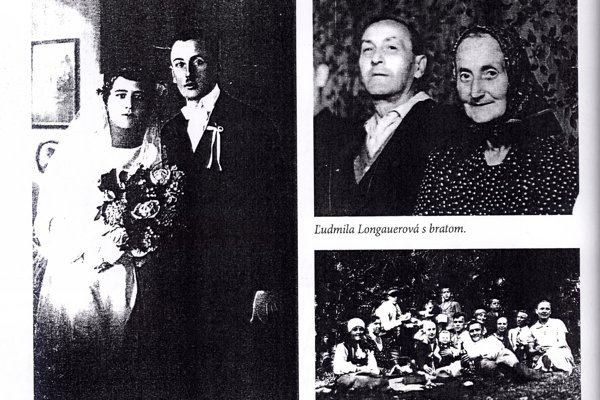 Karolína Bullová and her husband František (Source: Courtesy of the Embassy of Israel)
Font size:A-|A+5

Hidden: Josefina Grohsz and her son Árpád Grosz, his wife Sára (Šarlota) Grosz with their children Juraj and Peter, Arpád Grünberger with his wife Margita Grünbergerová and daughter Verona

The villages and settlements of Donovaly, Polianka, Bully, and Motyčky were situated in hard to reach parts of the Staré Hory mountains, near Banská Bystrica, the heart of the Slovak National Uprising (SNP). The densely forested hills became a refuge for partisan units and many Jewish families after the defeat.

On the day of Epiphany, January 6, 1945, Július Donoval from the village of Motyčky found two Jewish families hiding in the woods: the Grosz family from Vrútky, a town near Žilina, with their two sons, 8-year-old Peter and 5-year-old Juraj, alongside the Grünberger family with their 14-year-old daughter Verona.

The Jews were in very bad condition, almost frozen, weakened, famished, and with numerous frostbites. Július took pity on them and, despite the presence of German troops in the area, decided to help. He put everyone on his horse-drawn sled and brought the families to the village.

Since he was already hiding another Jewish family in his house (The Kleins), he took the two families to the nearby village of Polianka, where his sister Karolína lived with her husband František Bulla, and asked them for help.

The risk was huge, but their compassion was stronger, and Karolína and František decided to take care of the destitute Jews.

Unfortunately, after only ten days, at dawn on January 16, 1945, a three-member German SS Billeberck patrol unit accidentally encountered Russian partisans during the Šingliarka hunt in Polianka. During a shootout, the Russians shot the German soldiers dead, running away into the woods and leaving behind the villagers alongside the hidden Jews.

Within hours the remaining soldiers of the German patrol unit closed all access roads leading to Polianka and the neighbouring village of Bully and started house searches.

On the day when searches began, Karolína woke up earlier than usual. The day before she had gone to her brother's house to get some flour so that she could bake bread for the ten people staying in her house, since her own supplies were plundered by the Germans a few days earlier.

As the shootout between the Russian partisans and the German soldiers had taken place right in front of her house, the Germans searched Karolína's house first. As with many other houses in the village, theirs was searched and looted.

Their neighbour Anton Bulla, watching from his roof, saw the Germans pull Karolína, her husband František, and all seven members of the Grosz and Grünberger families out of the house to question them.

While František was sent with some other villagers to take the stolen goods to the nearby village of Korytnica, all of sudden at about 8:30 a.m., the German soldiers brought the Jews back to the house and shot all of them including the children.

Then they covered the bodies with duvets soaked in gasoline, at which point Karolína tried to stop the soldiers from igniting them. The Germans locked her inside the house and set it on fire.

Shocked neighbours could hear the screams of some of the Jews who were still alive as well as Karolína's call for help. They saw her trying to escape from the house by the window and saw the Germans pushing her back with their bayonets.

During that bloody morning, the Germans found two dozen Jews hiding in six other houses in the villages of Bully and Polianka. They were all shot and burnt in the houses in which they were hiding.

When the Germans left, the villagers put out the fires and buried the burned bodies of the Jews at Hájnikova Lúka meadow. The names of many of the Jewish victims were identified after the war when the mass grave was reopened, and the bodies exhumed at their families' request.

The body of Karolína was retrieved by her mother Cecília Donovalová. Karolína was later buried in a family grave in Motyčky together with her sister Anna Chladná (another rescuer awarded the title "Righteous among the Nations").