The Rapčans sheltered a family from Prague in their little house. 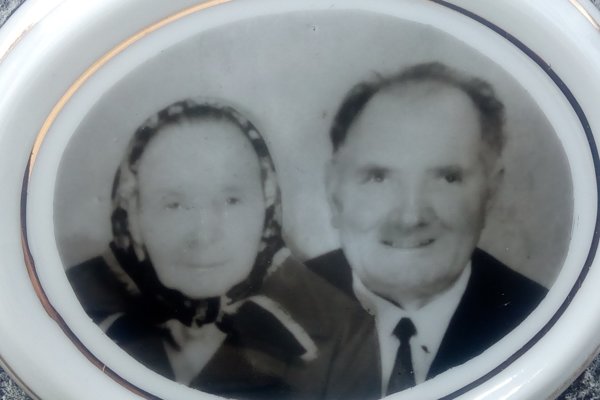 Ondrej Rapčan with his wife Elena (Source: Courtesy of the Embassy of Israel)
Font size:A-|A+

The Rapčans were a family of four, living in poverty. Ondrej, Elena, their 4-year-old son Martin and a two-month-old baby Elena were living in a tiny house in the village of Ortáš, near Kokava nad Rimavicou, central Slovakia. They were devoted Catholics and their deep faith made it easier for them to bear their poverty.

The Lipschütz family (after the war Lipšic) lived in Prague. Alexander was married to Terézia, and they were raising two children - 11-year-old Maja and 6-year-old Tomáš. The family often spent the summer in Utekáč, a Slovak village close to Kokava nad Rimavicou. They returned to Slovakia in March 1939 when the Germans occupied Bohemia and Moravia. After the bombing of Bratislava in 1943, the Lipschütz family decided to move and settled down in Utekáč.

Both families met there several times.

When the uprising broke out, the Lipschütz family sought a safer place to live. The poor Rapčans from Ortáš decided to give them a hand by sharing their house with them.

The Rapčan family moved into the kitchen with one bed. The Lipschütz family stayed in the only other room with a bed. Both families shared everything they had or received from their friends in Utekáč. Friends of the Lipschütz family occasionally sent food such as beans, lentils or potatoes. Terézia used to cook simple meals together with her rescuer. However, they never really fed themselves enough and often suffered from the cold.

Despite everything, the persecuted family survived the war.

After the liberation, the Lipschütz family left the home of their rescuers. Before they did however, they promised each other they would keep in touch. The Lipschütz family returned to their destroyed and plundered house, often inviting the Rapčans for a visit.

In February 1946, a tragedy struck the Lipschütz family; Alexander died in a car accident. His death influenced the family both mentally and financially.

In contrast, the economic situation of their rescuers, who had been moved to a bigger village, improved somewhat. The contact between the families was lost, though.

Everything has changed during the last few years though when Maja decided to revive the memories from her past. She wanted to express her enormous gratitude to the bighearted Rapčans through a well-deserved honour.