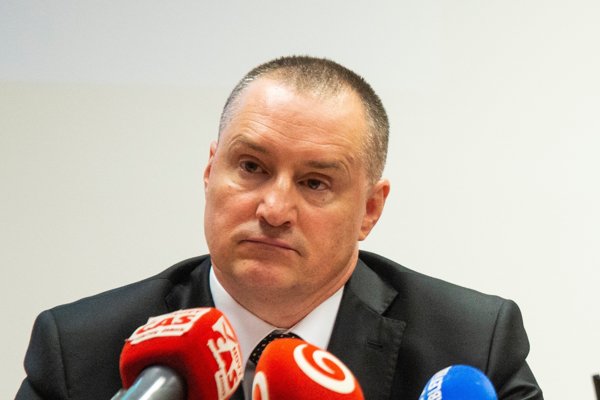 Several media outlets reported in early October 2018 that the people who were detained and charged in connection with the murder of investigative journalist Ján Kuciak and his fiancée, Martina Kušnírová, planned to kill First Deputy General Prosecutor Peter Šufliarsky.

Šufliarsky held a press conference on January 16 and did not rule out the possibility that Kočner might have been behind ordering his murder, the Sme daily reported.

"I am the man behind Kočner's custody since I coordinated certain processes," Šufliarsky said, as quoted by Sme. "It may have been the last drop that was to decide on my end."

Kočner, charged with economic crimes, has been in custody since June of 2018.

Šufliarsky also admitted meeting with Kočner in 2008, at the birthday party of former general prosecutor Dobroslav Trnka. The media have recently reported about the police finding the recordings which allegedly suggest Trnka could have been commanded by Kočner when in the office.

Šufliarsky met Kočner, accidentally, two more times in Trnka's office. At that time, he was just starting to work as a prosecutor and was dealing with criminal cases, Sme wrote.

Kočner contacted Šufliarsky twice in 2016, requesting a meeting. The deputy general prosecutor said that he declined, as reported by Sme.

Although Šufliarsky has not heard the recordings, which the police found in Kočner's safe, he said that Kočner did not behave in a superior way to Trnka when they all met in Trnka's office in the past.

After Kuciak, he was to be next

He did not say if he thinks Kočner ordered and paid for his death. However, Šufliarsky requested Kočner be questioned in the case of his planned murder.