The former police corps president will not serve as an advisor to the Czech minister anymore. 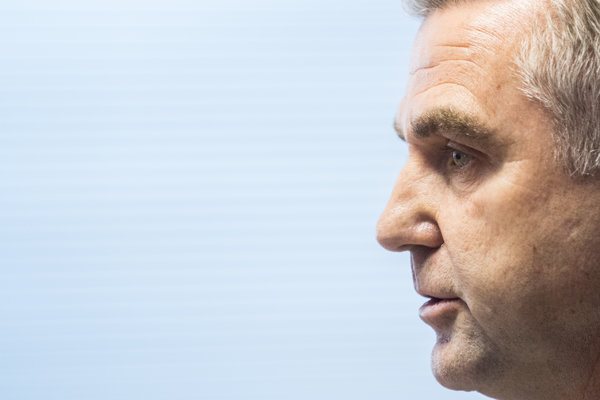 Pavol Vorobjov screened Ján Kuciak's police files in the autumn of 2017, several months before Kuciak’s murder. Back then, Vorobjov had just been appointed the chair of the Intelligence Unit of the Financial Police.

How many people spied on Kuciak?

The Aktuality.sk website that Kuciak worked for before he was killed last February reported that Gašpar, who is also Vorobjovs neighbour, issued the instruction to screen Kuciak. Gašpar has denied this.

He left the top police post following the protests after Kuciak’s murder and currently works as advisor to Interior Minister Denisa Saková and Czech Interior Minister Jan Hamáček. The Czech Deník N daily however reported that he no longer works for the Czech minister as of Thursday, January 24.

Gašpar is related to oligarch Miroslav Bödör through their wives, the Sme daily wrote.

Another figure, former head of the anti-corruption unit NAKA Róbert Krajmer, is connected to Bödör through his wife too.

Krajmer was appointed to his post by Gašpar. Krajmer was spotted at the house where Kuciak and Kusnirova were killed even though he was only dealing with corruption cases.

Bödör’s name also appears in connection with spying on journalists, reportedly conducted by Peter Tóth, former SIS intelligence service member, on the order of Marian Kočner. It was Norbert Bödör, son of Miroslav Bödör who reportedly informed Kočner about the place of residence of the people they spied on, as well as their cars and registration numbers, Sme wrote.

Working at the ministry

Opposition MP Veronika Remišová (OĽaNO) said that the news about screening Kuciak only a few months before he was killed is disturbing. She called on Interior Minister Denisa Saková to dismiss Gašpar and Krajmer from their jobs at the Interior Ministry, at least until the suspicions have been investigated.

Roman Kvasnica, lawyer of Zlatica Kušnírová, mother of murdered Martina Kušnírová, said for the Sme daily on January 22 that he hoped the new findings would start a discussion about the functioning of important state bodies.

Zlatica Kušnírová decided to publish some information from the investigation that will bring the corruption in Slovakia into the spotlight. Kvasnica claims that they know what they are doing and they are not jeopardising the investigation of the murders.