Curator’s investigation leads to mystery with a loose end

The stories of artefacts in collections of galleries or museums are sometimes more interesting than the artefacts themselves. 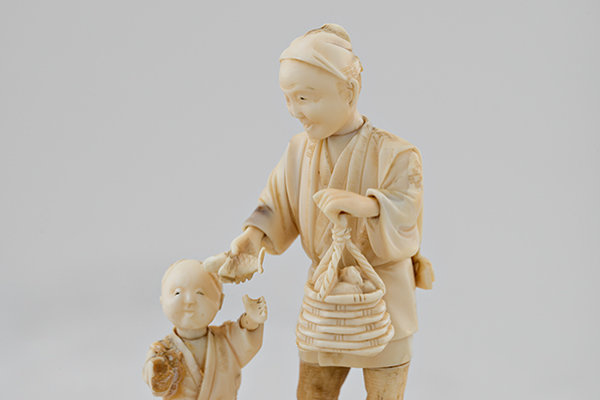 When Jana Švantnerová started to work as a curator for the Slovak National Gallery, she discovered that some artefacts had become part of applied art collections in a really bizarre way. A heavy bronze sculpture of a samurai was forgotten in the gallery by its original owner while tiny ivory sculptures originate from the property of a convict forfeited to the state.

“The story of a piece of art, meaning what it has passed through until it becomes part of a collection, is often more interesting than who created it, when was it created and from what it was created,” SNG applied art curator, Švantnerová, told The Slovak Spectator.

Via this story the curator can tell the visitor more about the given time period and political situation in the given country.

“Like this the curator opens another world to the visitor and enables him/her to perceive this piece from a different point of view: why was this item important for its owners or what obstacles it passed until it became part of the national cultural heritage,” said Švantnerová.

This is also the case of a set of porcelain, paintings and Oriental art pieces, which SNG obtained in 1962. Some of them ended up in collections Švantnerová takes care of while those artefacts originating from beyond Europe have particularly attracted her interest.

“It is not a big collection, but it is more bizarre in the gallery, which does not primarily focus on such artefacts,” said Švantnerová.

In addition to examining the technique and the period in which they were created, what their symbolism was or for what they were used, she also examined their provenience, that is how the artefact got into the collection.

The samurai bronze sculpture of Katō Kiyomas, decorated by an enamel technique called cloisonné, has become part of SNG’s collections as a time-barred deposit.

Švantnerová identified the sculpture originally listed in the SNG’s catalogues under the wrong name of Chinese warrior as Japanese work from the 1870s-1880s. But she has failed to discover how it reached the gallery.

Based on a protocol of the SNG’s procurement commission from 1963, the sculpture was one of the artefacts left in the gallery after exhibitions and then added to its collections. However, the sculpture did not fit into any exhibitions the SNG held before 1963 and which were thematically close to it. Thus, it still awaits the clarification of its origin.

In general, SNG acquires artefacts by buying or receives them as donations. In the past, however, confiscated art pieces and so-called time barred deposits joined the museum’s collections. The latter accounts for artefacts that were left in the gallery without a trace of the owner and which nobody has claimed for a long time.

The case of Šťastný

The set of porcelain, paintings and Oriental art pieces were abandoned to SNG from the property of Eduard Šťasný, forfeited to the state after he was sentenced for economic crimes.

A part of these more than 50 pieces are also three tiny ivory sculptures originally listed in the SNG’s registers as Chinese sculptures. Švantnerová found out that this identification is wrong since the figures wear traditional Japanese garments. They depict a fisherman with a boy, a bonsai man and a man in kimono. She further identified them as sculptures called Okimono, i.e. tiny carvings depicting themes from Japanese daily life. 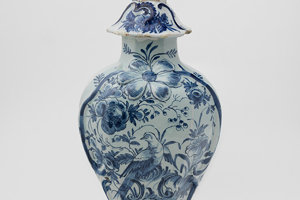 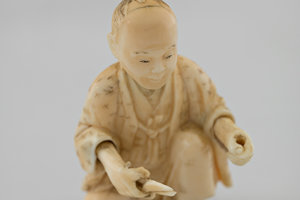 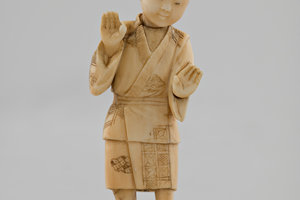 However, Švantnerová has not been so successful in finding out from where they and the rest of Šťasný’s set come from, who he was and for what he was sentenced.