Bratislava roads will be closed again for Mike Pompeo’s visit

He will be the first US secretary of state to visit Slovakia since 2005 when Condoleezza Rice accompanied then-US president George Bush to the Bush-Putin summit. 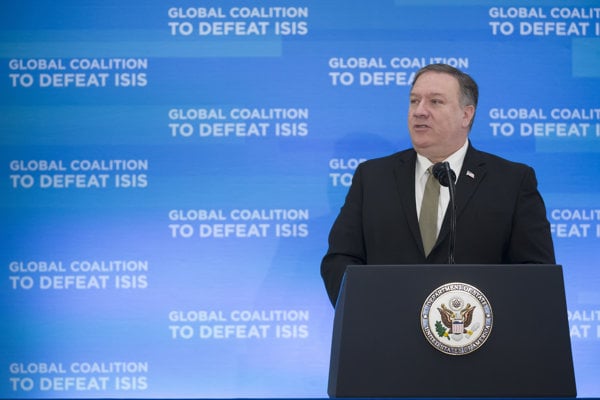 Less than a week after the visit of German Chancellor Angela Merkel, drivers in Bratislava should prepare for another round of extensive traffic restrictions. This time, US Secretary of State Mike Pompeo will visit the Slovak capital on February 12 to discuss the role of China in central Europe and potential defence cooperation.

The traffic restrictions will apply to the broader centre of Bratislava and the main access roads between 8:30 and 15:00. As a result, the police recommend that drivers planning a trip to the capital should use the cross-country D1 highway before 8:30, and then after 10:00. As for the afternoon, they should leave the capital either before 14:00, or after 15:00.

“We ask drivers to avoid these sections, if possible, or use alternative routes, and be patient,” said Lucia Mihalíková, spokesperson for the regional police corps headquarters, as quoted by the TASR newswire.

8:30-10:00 – restrictions related to the transport of the delegation from Bratislava airport to the city centre; closure of D1 highway stretch between Zlaté Piesky and Most Lafranconi junctions, Botanická Street, Devínska Street

13:30-15:00 – restrictions related to the transport of the delegation from the city centre to Bratislava airport; closure of D1 highway stretch between Einsteinova Street and M. R. Štefánik Airport junctions

Pompeo’s visit is part of his European tour, during which he will travel to Hungary, Slovakia, Poland, Belgium and Ireland. He will be the first US secretary of state to visit Slovakia since 2005, when Condoleezza Rice accompanied then-US president George Bush to the Bush-Putin summit, the SITA newswire reported.

Apart from security and foreign politics issues, Pompeo will also discuss Slovakia’s chairmanship of the Organisation for Security and Cooperation in Europe (OSCE) during his February 12 visit.

The Slovak diplomatic service wants to use his visit to emphasise the importance and practical meaning of the transatlantic partnership and to present EU attitudes towards regional and global questions, SITA reported.

Shortly after arriving in Bratislava, the US secretary of state is expected to lay a wreath at the Gate of Freedom Memorial close to Devín Castle, and will then meet with the Confederation of Political Prisoners in Slovakia. He will then hold discussions with President Andrej Kiska, PM Peter Pellegrini and Foreign Affairs Minister Miroslav Lajčák.

He is also expected to talk with students about democracy, freedom and the victory over communism, SITA wrote.