By blocking the money for Radomír Bžán’s law firm, the company’s rights were violated.

The Constitutional Court issued a verdict in favour of the law firm owned by Radomír Bžán which received extremely high remuneration for winning a €700-million dispute over the Gabčíkovo hydroelectric power plant.

The company complained that by blocking the remuneration for legal services, amounting to more than €17 million, the Special Prosecutor’s Office violated the company’s right to other legal protection, the right to own property and the right for ownership protection, the court ruled, as reported by the SITA newswire. 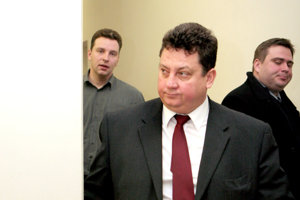 Bžán originally should have received a remuneration of more than €70 million for legal services. The state later lowered the sum to €17 million and paid it to Bžán, claiming that it would pursue legal action against him afterwards.

Meanwhile, the law firm has received about €12.5 million on its account, but the rest was blocked by the law enforcement bodies after the lawsuit had been submitted, SITA reported.