Fico tears his dignity into pieces during live broadcast

The ex-prime minister is dragging his party into a political sink. 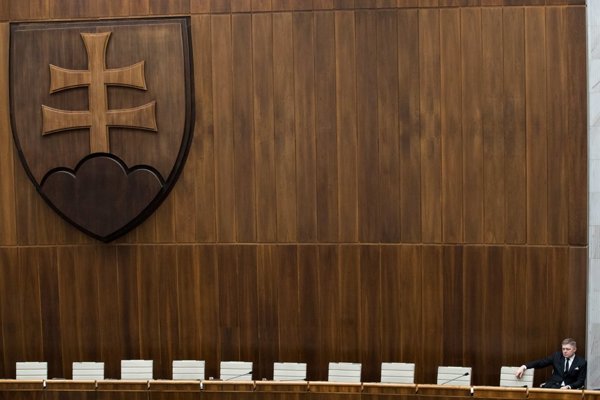 Robert Fico wants to chair the Constitutional Court. The ex-prime minister wants it so badly that out of pure revenge, he forced upon his coalition partner, who wants an open vote and would not support Fico´s candidacy, a rather thorny dilemma: either they fail to elect candidates suitable for the standards of president Kiska or Fico crushes the ruling coalition.

This is the image of a Smer boss who at press conferences tears to pieces the last pretence that he cares about anything or anyone other than Robert Fico.

Obviously, his own party is losing control and Fico is dragging Smer along into the political sink of Mečiar-like politicians, hurt and furious and above all, dangerous for their own country.

Fico no longer cares about the interest of voters. He scratched part of the voting ballots, along with the parliament's chance to elect suitable candidates to submit to the president, so that the country has a functional Constitutional Court, as opposed to a political retirement home led by Fico.

The Smer deputy is abusing the rule of law during a live broadcast only because he cannot fit all his political baggage into the position he eyed for his retirement: the Constitutional Court.

Now the fate of the ruling coalition hinges on Béla Bugár, who can no longer argue that he wants to preserve this government as a wall against fascism. Such a wall no longer exists, because its main pillar already manufactures consent with the fascist party.