He was one of the first signatories of Charter 77. After the revolution, he co-founded several organisations and served as rector of Comenius University. 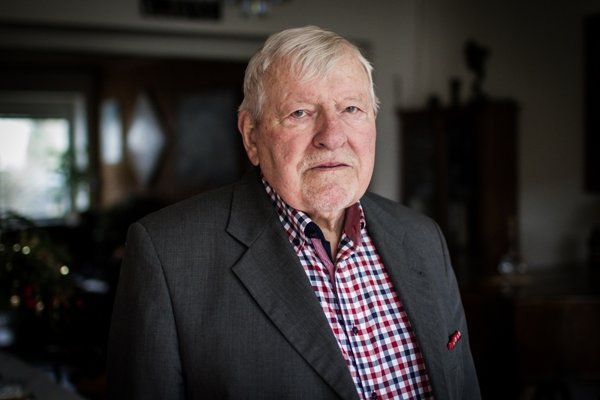 Political analyst Miroslav Kusý died at the age of 87 years after heart failure.

His wife, Jolana Kusá, confirmed his death to the Denník N daily.

Kusý studied at the Faculty of Ars of Charles University in Prague, where he also graduated from postgraduate studies. He later worked at Comenius University in Bratislava, where he became a professor of Marxist philosophy in the years 1967-1970. He was also a member of the Central Committee of the Communist Party of Slovakia, leading the ideology department.

He was kicked out of the party after 1969 and banned from teaching. During the period of normalisation, he worked as a librarian at Comenius University.

In February 1977 Kusý was the third one to sign Charter 77, a petition drawn up by several Czechoslovak writers and intellectuals. He was subsequently laid off by the university and had to become a blue collar worker.

He was also regularly checked by the communist-era secret police ŠtB, detained several times and monitored after the code name Renegate. Kusý spent 10 weeks in prison in 1989, waiting for the trial due to the suspicions of treason and state subversion. He was released shortly before the November 1989 Velvet Revolution.

Kusý belonged among significant figures of the Velvet Revolution, during which he became deputy chair of the Public Against Violence (VPN) movement. He was later appointed head of the Federal Office for Press and Information.

Moreover, he founded the Slovak Helsinki Committee, the Milan Šimečka Foundation, and presided over the UNESCO committee for human rights in Slovakia.

He later became the rector of Comenius University.

Kusý commented on various topics despite his advanced age and was a regular contributor to Slovak media.

Back in 2016, the Hungarian media reported that he trained Andrej Danko, chair of the Slovak National Party (SNS) before the parliamentary elections. He reportedly recommended him to get rid of the main speakers from the old era and stop the hate speech towards Hungarians, the Sme daily reported.

Kusý later confirmed the information, adding that he was meeting Danko at the time he took the party from Ján Slota. The meetings were initiated by Danko, they met about 10 times and discussed the topics, he told Sme.