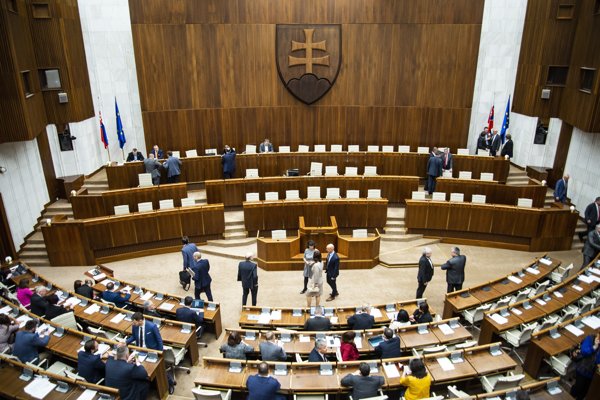 If the parliamentary elections took place in the first half of February, Smer would win with the support of 22.4 percent of respondents. The second strongest party in parliament would be Freedom and Solidarity (SaS) with 14.8 percent, followed by Sme Rodina (We Are Family) with 10.9 percent.

This information arises from a phone poll conducted by the AKO agency between February 8 and 12 on 1,000 respondents.

Another party to make it to parliament would be the Ordinary People and Independent Personalities (OĽaNO) that would gain 10.1 percent, followed by the far-right Kotleba – People’s Party Our Slovakia (ĽSNS) with 9.5 percent, the Slovak National Party (SNS) with 8 percent, the coalition of Progressive Slovakia and Spolu with 7.5 percent, Most-Híd with 6.3 percent and the Christian Democratic Movement (KDH) with 6.1 percent.

The poll suggests that 9 percent of the respondents would certainly not go to the election, 16.7 percent did not know who to vote for and 0.7 refused to reveal who they would support.