Invisible writing will commemorate Ján and Martina in Banská Bystrica

The writing is visible only when it’s raining. 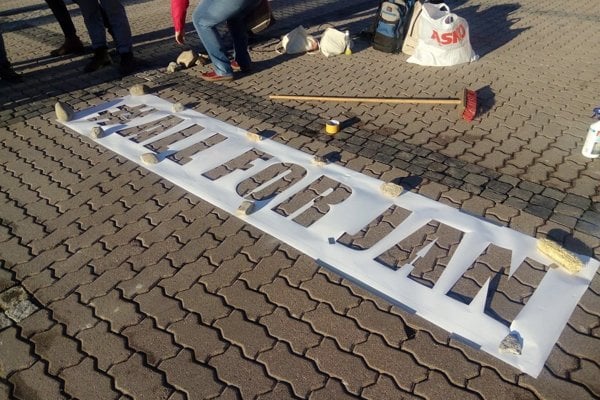 An unusual memorial has been designed in remembrance of the murdered couple Ján Kuciak and Martina Kušnírová in the SNP Square in Banská Bystrica. Created on the first anniversary of their murder, there will now be invisible writing on the pavement saying: “All for Jan and Martina”.

“It has been created using a special paint and as a non-monumental monument, it appears only when it is raining,” said Zuzana L. Majlingová, an exhibition curator, as quoted by the My Bystrica regional newspaper.

Commemorating Ján and Martina with art

The piece of art was created as part of the microfestival Perceptions that took place in Banská Bystrica in the morning hours of February 21. It was a one-day artistic presentation by 10 young artists and the Initiative of Visual Artists, bearing the name Reaction. The artist is Gabriela Birošová. 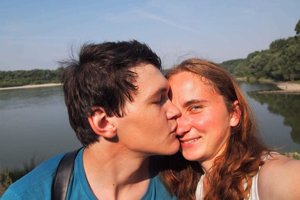 Read also:Martina Kušnírová: Who was she? Read more

Other artists also showed the public how they perceive the current developments on the political scene and how the death of Kuciak and Kušnírová changed their lives, via their art installations.

“Seemingly invisible writing reminds us of the commonly shared and permanently present public commitment to which the majority of decent and just people in society have claimed allegiance,” Majlingová said, as quoted by My Bystrica.