After growing up among people persecuted for their excellence, Jozef Palenik found the courage to pursue his ultimate passion in England. 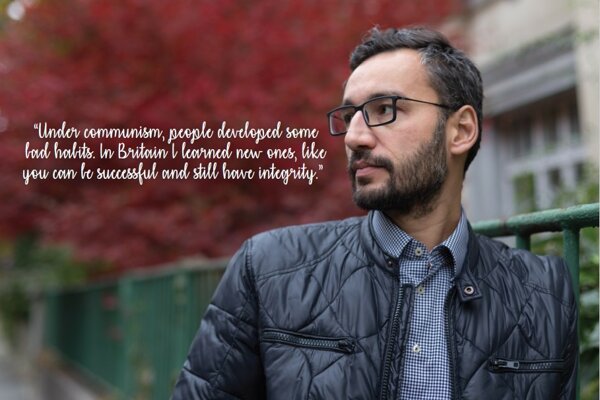 I believe that through my attitude and hard work, I can become successful

However, few people in Slovakia share this belief. It is mostly found with the people who went abroad. They acquired that understanding - outside.

Living abroad was a university for me

Above all, I understood what it takes to become successful. Success essentially begins with a vision and then the courage to follow it. It’s important to work hard but most of all to dream big.

In england, I learned that nothing is impossible

I came from a small village in Slovakia where everybody was programmed to believe that nothing was possible. In fact, everything was impossible. From a young age, all your values were preset. Your life was already lined-up, and you were expected to just shut up and follow it

I was like wait - this could all be different?

After the revolution, everything previously forbidden was suddenly readily available in the Eastern Bloc. First it was clubs, then it was bands and finally it ended with drugs. My generation suffered the most. But that’s when my first catharsis happened. All of a sudden, I was able to look at everything from a different perspective, or even multiple perspectives.

When I came to the UK, I immediately got a job in construction. I did this for years before I realized that I was holding myself back. It was not until I met an Italian photographer in London that my perception shifted. Here was this woman, with her bad English, already successfully working in the industry all because she had the courage to follow her dream. 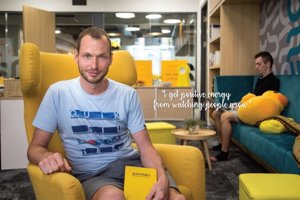 I was a victim of my own mindset

All those years, I had been wasting my own time. I just kept making excuses, “My English is not good enough”. Or, “My portfolio is not good enough.” And of course, the reality was that my portfolio was 10 times better than necessary. I could have been working in the industry all along.

If anybody stands out, let’s cut off his head

In our culture, people are not led to excel. In fact, in the past, they were persecuted for their excellence. This has carried forward and many Slovaks do not believe that they can achieve anything. So, they get desperate and look for ways to make quick money instead.

I am always trying to change that thinking

For me, this is the hottest topic. I am continuously promoting what I learned in London, like even kindness in traffic. The Slovak mentality is to resist the police, to drive really fast and to never stop at the crosswalk. In Britain, people respect the rules. But in Slovakia, people think - why should I stop?

It’s a question of european culture and values

Under communism, people developed some bad habits. In Britain, I learned new ones, like you can be successful and still have integrity.

Today, I take great inspiration from and try to abide by the words of Tomáš Garrigue Masaryk, the first president of Czechoslovakia.

This testimony was originally published in Zuzana Palovic’s book, The Great Return. You can learn more about the book as well as Palovic’s own journey as a Slovak migrant that later returned to Slovakia at http://http://thegreatreturn.eu/.