Peter Kažimír to lead the National Bank of Slovakia

The incumbent governor, Jozef Makúch, was intending to leave office on March 1. Nevertheless, he has agreed to remain at the helm of the bank until Kažímír takes up his appointment.

"I accepted Finance Minister Peter Kažimír's request to delay his departure from the government after an agreement with PM Peter Pellegrini (Smer)," said Kiska, as quoted by the TASR newswire. 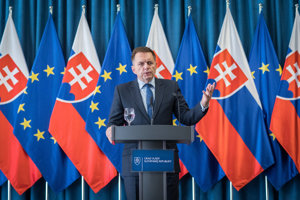 "I want to spend the time before my appointment preparing for my new position and the challenges related to it," Kažimír claimed, as quoted by the SITA newswire.

He also wants to take some time off to distance himself from public finance, of which he has a been part for 12 years.

Kiska was also expected to decide on the appointment of Jozef Hudák, who wants to become the new vice governor. However, the opposition as well as Makúch have criticised him over his qualifications.

"On the whole, I am satisfied but Mr president will have the final say," said Hudák after his meeting with Kiska, during which they discussed several topics, as reported by TASR.

In the meantime, Makúch announced he will move on as a host professor at the Faculty of National Economy at the University of Economics in Bratislava after he leaves the NBS, TASR wrote. 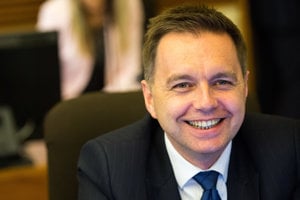 The details of Kažimír's departure from the Finance Ministry are not clear either. He briefed the media solely on his plans as the new governor.

"My ambition is to continue the modernisation of the NBS and make it into an institution, which will be able to respond to challenges," he said, as quoted by SITA.

Kažimír wants not only to prepare the bank for new technologies and digitalisation, but also for people to understand its role and importance in their everyday lives. Kažimír also underlined the interconnection of the NBS and the European Central Bank (ECB) within the eurozone, SITA wrote.

"Our joint task is not only to secure price stability but also the stability and good shape of the banking sector itself," he said, as quoted by SITA.

Kažimír also wants to increase the participation of the NBS in the research for the ECB's monetary policy.