An avalanche in the High Tatras kills a long-time rescuer

The avalanche occurred on the morning of February 28. A warning has been issued for the mountains. 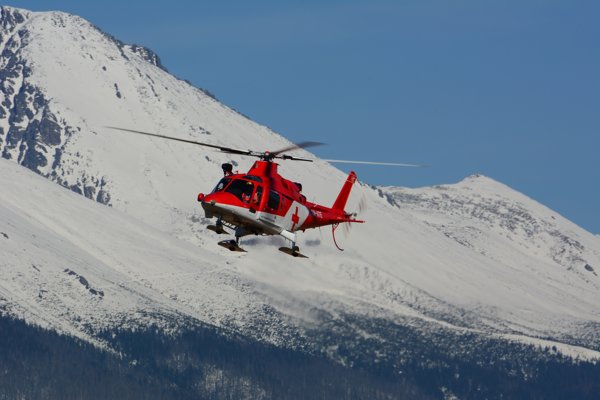 An avalanche occurred in the Bielovodská Dolina valley in the High Tatras on February 28, killing a member of the Mountain Rescue Service.

It happened in the morning hours and pulled down one of the two climbers on the rock in Veľký Mlynárov Žľab.

“The second remained trapped in the terrain, about 100 metres beneath the top and did not have any visual or voice contact with the other one,” the Mountain Rescue Service informed, as quoted by the TASR newswire.

Rescuers from the helicopter rescue service Air-Transport received a call for help and immediately flew to the accident site. The second group of rescuers went by land, and more were waiting at the heliport.

Though it was possible to locate the climber immediately after the helicopter arrived, the rescuers could not help him.

The rescuers are still trying to save the second climber, TASR reported.

Due to current weather conditions, the first-level at Avalanche Danger Scale was declared in all mountains for the morning of February 28. It is expected to increase to the second level in the afternoon, the avalanche prevention centre running at the Mountain Rescue Service informed.

The snow is situated on the south, south-eastern and eastern slopes in the form of slabs and piles that can be 50 centimetres wide. On steep slopes, avalanches can occur after a bigger additional burden, the SITA newswire reported.

Moreover, the risk of an avalanche is higher with the increasing temperature, SITA wrote.