The ruling Smer party is leading in the poll.

The recent poll carried out by the Focus agency showed an increase in the support for the far-right Kotleba – People’s Party Our Slovakia (ĽSNS). With 11.7 percent, it would end up second, after the ruling Smer party backed by 21.2 percent of the vote. 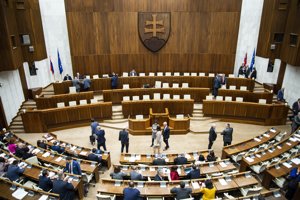 Third would be Freedom and Solidarity (SaS) with 11.2 percent, followed by a coalition of the parties Progressive Slovakia and Spolu (Together) with 9.5 percent.

Sme Rodina (We Are Family) would garner 9.5 percent, while Ordinary People and Independent Personalities (OĽaNO) would come next with 8.4 percent, followed by the Slovak National Party (SNS) with 7.5 percent, the Christian Democratic Movement (KDH) with 6.5 percent and Most-Híd with 5.4 percent.

In the previous poll, before Progressive Slovakia and Spolu announced their decision to join forces and run as a coalition, the former received 4.9 percent and the latter 3.5 percent.

The Focus poll suggests that the current ruling parties Smer, SNS and Most-Híd would not be able to form coalition again. They would gain only 56 seats out of 150 in parliament.