Synagogue in Senec gets make-over

Several discoveries have been made during the reconstruction. 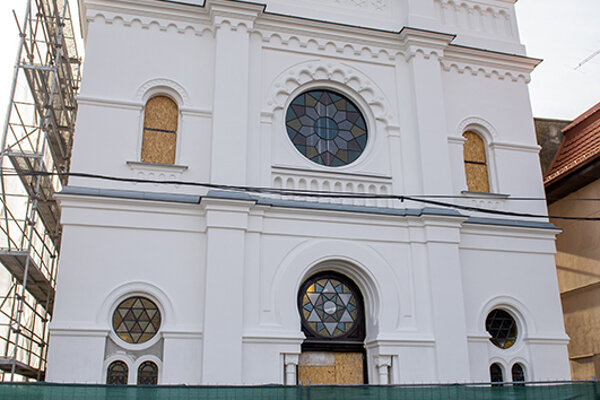 The Bratislava self-governing region started reconstruction of the synagogue in Senec in May 2018. Representatives of the region have been to see how the works are progressing. They checked both the interior and exterior of the national cultural monument, which is being transformed into a new multifunctional culture centre which should be in operation from the end of 2020.

“Last year we spent about €200,000, and then another €900,000 on the reconstruction,” said Pavol Líška from the region, as quoted by the press release. The overall cost of the reconstruction project, together with the terrain modification will cost almost €1.6 million.

The work is continuing as planned – the front façade is repaired together with the stained-glass windows. Now the reconstruction will continue with the ceiling, changing the wooden roof frame and removing the inner pavement. 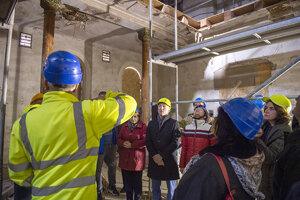 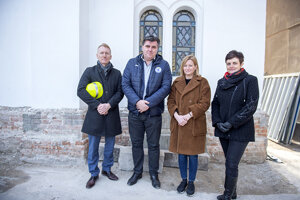 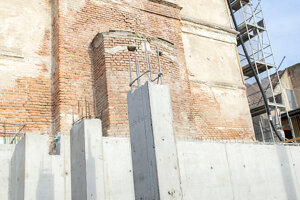 The new building information-pavilion is also under construction. Currently they are starting the earthworks and a fence has been built around the whole building.

The original non-functioning well was discovered during the construction and the mikveh, the bath used to achieve ritual purity, between the synagogue and the new pavilion has been unearthed. In addition the paving in the synagogue, when removed, was found to be hiding the remains of the original foundations of the bema, a sort of pulpit from which the Torah was read. The findings were documented by the Regional Monuments Board.

“Part of the synagogue will be given over to an exhibition of the history of Jewish culture in the Bratislava region,” said Agáta Mikulová, head of the Department of Culture and Tourism for the Bratislava self-governing region, as quoted from the press release.

The synagogue will serve as multifunctional culture hall, giving Senec a unique space for concerts, lectures and workshops.