Many of them do not want to return, but family and their bond to Slovakia influences their decision. 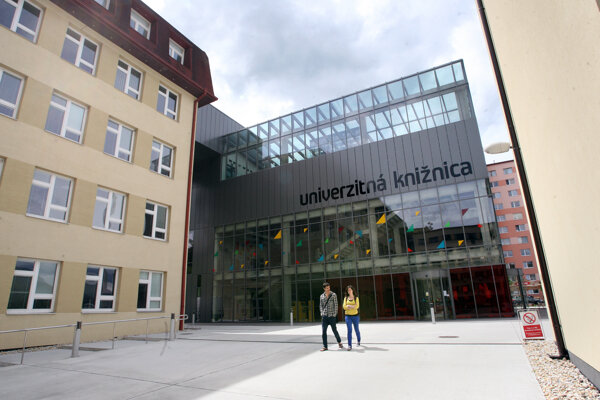 Slovaks with international work experience provide an ever-more attractive prospect for employers, troubled with the lack of a qualified labour force back home in Slovakia.

Despite assurances that Brexit should not negatively affect workers in the UK originating from EU countries, including Slovakia, employers are pinning their hopes on the large community of Slovaks living in Britain to make their way back to the Slovak labour market.

While a few years ago, hiring Slovaks from abroad was still a theoretical issue, now both the state and private sectors are taking concrete steps to lure qualified workers back home.

One such initiative was an event organised by the Office of the Deputy PM for Investment and Informatisation, Richard Raši, in London. The Work in Slovakia - Good Idea! event took place on January 24 and 25, 2019 with the aim of presenting job opportunities to Slovaks in the UK, especially in IT and in the field of shared business services.

“We would like these people to come back,” Raši said before the trip, as quoted by the TASR newswire. The IT sector currently lacks about 10,000 experts, but the number is expected to double by 2020.

Brexit could motivate Slovaks to return home, believes the first vice-president of the IT Association of Slovakia, Mário Lelovský.

“Our task is to create the best possible conditions at home for the return of Slovaks working abroad. These people have a good command of a foreign language and they have a decent work profile,” said Lelovský, as quoted by TASR.

Lack of a systematic solution for returns

Raši believes that this project will inspire other ministries, and Slovakia will succeed in attracting as many Slovak citizens who left to work abroad as possible.
These events send a positive signal that the government is dealing with the situation, but Slovakia is in urgent need of an elaborated strategy for return migration, said Martin Kahanec of the Central European Labour Studies Institute (CELSI).

“[The state’s] activities focus on non-systematic steps in an extent too small to offer a real effect,” Kahanec told The Slovak Spectator.

The quality of universities in Slovakia is key to preventing students from leaving in large numbers for universities abroad, where they often remain for work after graduation.

The recent research conducted by the non-governmental think tank LEAF also pointed out that this was the most frequent reason people leave Slovakia. One third of those polled in the research said higher quality education is what they seek abroad.

Some people have a clear plan of what they would like to gain while living abroad and after fulfilling it, they return to Slovakia. Acquiring an education is one of them, others include specific work experience or earning their own money to start their independent life in Slovakia, Kahanec explained.

Homecoming? No, thank you

Not everyone who left for abroad would like to return, though, according to the LEAF survey. The survey was published at the beginning of 2019 using data from 2018. More than 4,000 people from Slovakia living in 72 countries around the world participated in the survey.

Only 4 percent of those polled said they planned to return within one year. 22 percent of Slovaks firmly decided that they would never return to Slovakia.