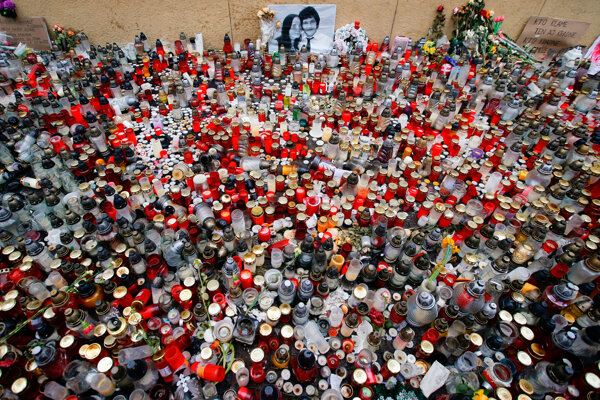 The murders of Slovak investigative journalist Ján Kuciak and his fiancée Martina Kušnírová, the abduction of Vietnamese businessman Trinh Xuan Thanh, the murder of Filipino expat Henry Acorda in downtown Bratislava, as well as the situation of the Roma and the state of the judiciary are all topics covered in the recent review of human rights around the globe, published annually by the US Department of State.

Slovakia is covered on 30 pages in the report.

Murder of the journalist

Investigative journalist Ján Kuciak and his fiancée, Martina Kušnírová, were killed in their home in February 2018. Kuciak regularly reported on allegations of high-level corruption and documented tax fraud schemes, the report reads.

As of October 2018, the authorities had arrested and charged four suspects in the case. Nationwide public protests following the killings prompted the resignation of then-interior minister Robert Kaliňák, then-prime minister Robert Fico, and then-police president Tibor Gašpar. After the resignations, Fico accused the media and non-governmental organisations of using the killings to foment a “coup”, according to the report.

The abduction of a Vietnamese businessman

Based on information from German law enforcement officials, the media reported that a Slovak government aircraft was used to transport the abducted Vietnamese national out of the Schengen area immediately following an official meeting between former Slovak interior minister, Kaliňák, and the Vietnamese minister of public security in July 2017 in Bratislava.

In August the prosecution service launched official investigations into alleged government involvement in the abduction. The case remains pending.

The murder of Filipino expat

“There were reports of violence against members of ethnic minorities during the year,” the report reads.

Filipino Henry Acorda, who had permanent residency status, died after being brutally beaten for protecting his female colleagues from unwanted sexual advances on the streets of Bratislava in May 2018.

Authorities initially released the attacker from custody after the prosecutor’s office stated it saw no risk of him committing similar attacks. Following intense public pressure, the prosecutor reversed the decision and detained the alleged attacker, who faces a possible 12 years in prison. The media cited witnesses who reported the attacker was likely motivated by the victim’s skin colour and perceived sexual orientation, the report continues.

Marginalised Roma communities continued to be subjected to controversial police raids and brutality. In November 2017, the media reported on a police raid in the Roma community in the village of Jarovnice.

Several police officers, including a special operations unit and a K9 unit, allegedly ransacked a house looking for three men wanted for petty larceny. While no one was injured during the raid, human rights activists questioned the appropriateness and proportionality of the police response.

In May 2018, the Interior Ministry's Inspection Service terminated an investigation into the 2017 police raid in Zborov and concluded police officers did not break the law. Released video footage from the Zborov raid appeared to show police chasing, threatening, and beating numerous community residents, including children and elderly persons, who did not appear to be resisting the police. Three residents required medical assistance, according to the report.