An extinct stratovolcano, with a base of more than 50 km, was once the biggest in Europe. 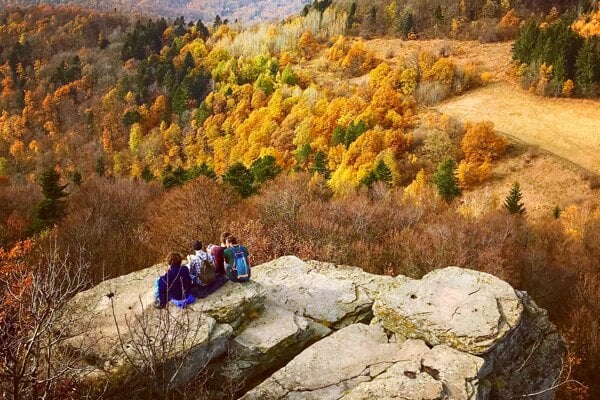 2:30 a.m. After sleeping only for a couple of hours and more than two hours’ drive, we are standing in a big parking lot in the middle of the island of Bali. A holy volcano mountain called Batur rises above us. We shake hands with Wayan, our guide for the next several hours. Wayan lives in the next village. For more than 10 years, she has been doing this job, climbing in the dark with tourists, several times a week, to see the nature theatre: sunrise. And to earn money. 100 dollars a month.

1,770 m. After two hours climbing with more than 200 people and Wayan, occasionally praying to the Balinese gods, we summit on Batur. One of two active volcanos on Bali.

Two years later. We are climbing again. This time in Slovakia. 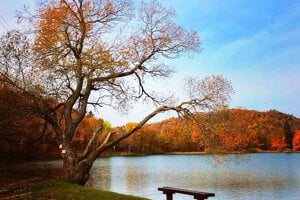 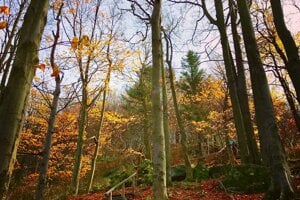 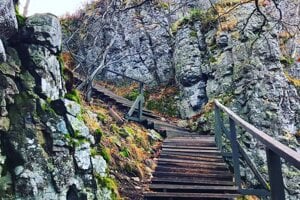 A magical trip to Sitno (6 photos)

Harken to the Slovak botanist Andrej Kmeť’s story about 300 rose species flourishing in the forests of Štiavnica Mountains.

Listen to the passionate mountaineer Dr. Téry about organising trips to Banská Štiavnica’s surroundings as a prestigious social activity only for the highest social class, founding the second oldest hiking club “Sitno” in Europe and marking the very first hiking trail in Europe in 1864.

Let speak the voices of the heroic knights hidden in the heart of Sitno ready to rise when the people of Slovakia need them most.

Read the words of Johann Wolfgang von Goethe about searching for treasure in the form of unlimited wisdom, youth and love.

Because Sitno could be the place where God’s favourite human being Dr. Faust in his desire for infinite knowledge and worldly pleasures could have signed his blood pact with the demon Mephistopheles.