Šefčovič made it to the second round, despite "ball and chain"

The candidate of the strongest political party in Slovakia could have achieved a better result without Smer. 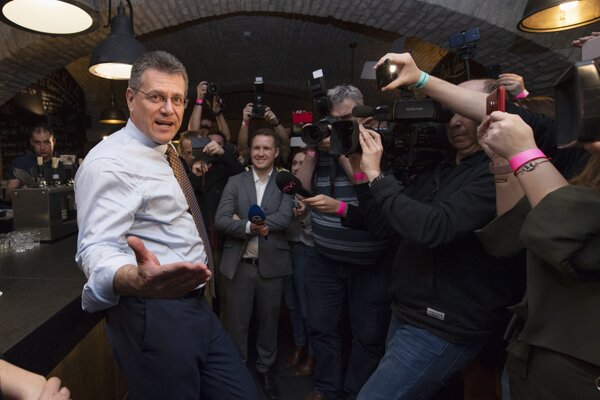 When Maroš Šefčovič announced his candidacy on Friday, January 18, he immediately scored well in the poll at 16.5 percent, matching the result of Robert Mistrík, who had by then been campaigning for a year.

Two months later, in the first round of the election, his percentage of support barely increased to 18.7 percent. It was enough to enter the second round with Zuzana Čaputová, but not a great result for a candidate running with the support of Slovakia's strongest party Smer, observers agree.

“He did not even make use of Smer’s potential,” Grigorij Mesežnikov of the think-tank Institute for Public Affairs, told The Slovak Spectator. Polls currently measure 21.2 percent support for Smer.

Tomáš Koziak, political analyst of the Department of Political Science at the Faculty of Arts at Pavol Jozef Šafárik University in Kosice, said that Šefčovič’s results show a slow but significant decline of the ruling Smer.

“I don’t know if Šefčovič was capable of achieving a better result, but Smer definitely expected it and wanted it,” Koziak told The Slovak Spectator.