Morality, decency and change. What do voters want from Zuzana Čaputová? 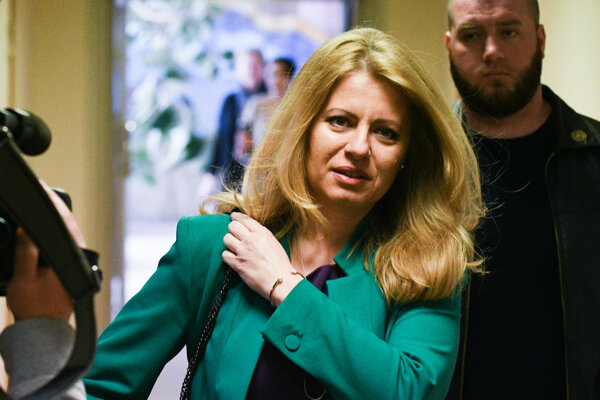 In this story you can read about:

Zuzana Čaputová entered the second round of the presidential election with a large margin of 22 percent. Political commentators generally see it as enough for her to become Slovakia's next president.

Čaputová started off as a relatively unknown candidate, and her support in the initial polls remained in the single-digit values. After the debates of the candidates, her support skyrocketed, reaching more than 40 percent in the last polls before the moratorium on polls took effect two weeks before the election.

In the first round, she has gained the support of 870,415 voters. An exclusive Focus poll conducted for the TV Markíza broadcaster asked voters about their reasons as to why they voted for Čaputová. The most frequent answer was morality and decency (29 percent of voters), followed by the view that she is a new face and the country needs a change (21 percent). The poll was conducted between March 14 and 16 on 1,107 respondents.

“Firstly, people are desperate and tired of the emptiness of current Slovak politics; secondly, by bad governance and overwhelming corruption; and most importantly, by the ugliness of public life, which is full of aggressiveness, rough interactions, and an almost psychopathic brutality,” sociologist Michal Vašečka told The Slovak Spectator. “In such a world, Zuzana Čaputová almost seems like a divine revelation to many people.”

The 45-year-old lawyer is the face of “a new style of politics not based on the arrogance of power”, believes sociologist Oľga Gyárfášová, from the non-governmental think-tank Institute for Public Affairs.

“The keyword of her campaign was ‘justice’, which is scarce goods in Slovakia,” she told The Slovak Spectator.