23 projects were carried out so far, others may follow soon. 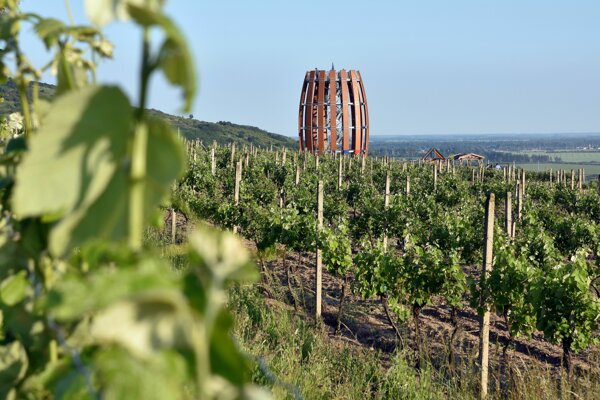 An observation tower, reminiscent of a big barrel, is a favourite tourist attraction in the Tokaj region. (Source: TASR)
Font size:A-|A+50

Visitors to the village of Malá Tŕňa, situated in the Tokaj region in southeastern Slovakia, can take a look at the vineyards and their surroundings from a unique observation tower that resembles a gigantic wine barrel. The 12-metre-tall construction is beloved by both tourists and experts, who even labelled it the construction of the year.

The observation tower was built in 2015 as part of the Tokaj je len jeden (Tokaj is the Only One) project, financed through the EU enlargement contribution Switzerland provides to new EU member states to reduce the economic and social differences between them and more developed member states of the European Union.

“The Swiss Financial Mechanism was a unique opportunity for the Tokaj wine region to raise the standard of living of the local inhabitants and by developing local infrastructure to increase the number of visits,” Michaela Jánošík Maciková, project manager of the Association of Tokaj Wine Route, told The Slovak Spectator.

The project, focused on developing tourism, has had a great effect on the whole region, she added.

Apart from the new observation tower, the money was used to train new guides and local small entrepreneurs and craftspeople, reconstruct information centres and build cycling routes, as well as launch a website with GPS locations.

Funds from the Swiss Financial Mechanism were used to boost tourism in other localities around Slovakia, too, help promote dual education at vocational schools and support Roma from marginalised communities. The country contributed a total of 63.5 million Swiss francs (more than €55 million) to 23 projects in Slovakia between June 2007 and June 2017.

The Swiss are content with the outcome of the projects

Switzerland autonomously decides which projects it will support via its financial mechanism and agrees on this directly with partner countries, according to the official website.