Wooden church in Hraničné is unique in Slovakia. Only one other is similar

There are several wooden churches in the region of north-east Slovakia. 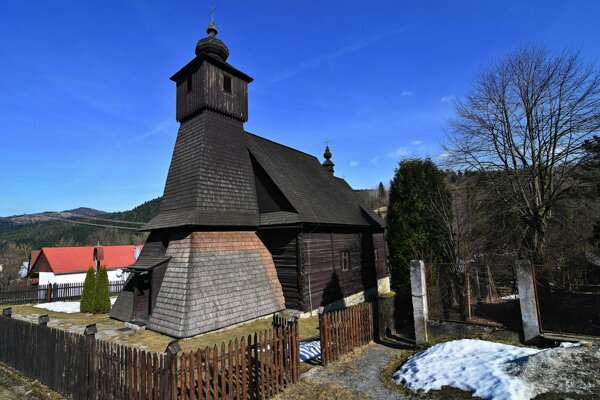 The village of Hraničné in north-east Slovakia has a real gem in its area – the Roman Catholic Church of Immaculate Conception of the Virgin Mary.

The village and the local church are searching for funding to repair it. The roof needs repair in particular, mayor of Hraničné Miroslav Pokrivčák told the TASR newswire.

Learn more about wooden churches in our podcast:

Reconstruction is necessary in part of the bell tower where the pieces were destroyed by woodworm and it must be changed.

“The maintenance itself is very hard for such a small village as is ours,” said Pokrivčák, as quoted by TASR. Everything is funded from the money of the local people, about 200 adherents living in the village.

They have submitted the request for funding to the self-governing region and the Culture Ministry. The mayor believes that they will be lucky, and the church will be repaired as soon as possible.

The church is a dominant feature of the village, with only two similar ones located in Slovakia. The second is in the open-air folk museum near Ľubovňa Castle. It is characterized by its architecture, entirely wooden, built in the years 1785-1787 and significantly damaged during the Second World War. 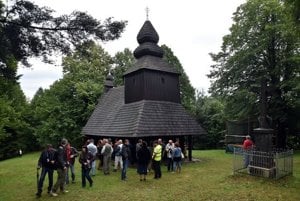 Read also:Project to boost visits of the church in Ruská Bystrá Read more

During the renovation in the 1970's it was completely dismantled, transferred to another location and turned by 90 degrees.

The architecture is characteristic of a so-called three-space church – a smaller sanctuary, bigger nave and the under-tower space of a rebuilt prismatic Western tower.

The majority of interior features came from Stará Ľubovňa, brought to the church in the 18th century. The decoration varies. Besides icon, there are the fragments of Baroque and Renaissance altars. 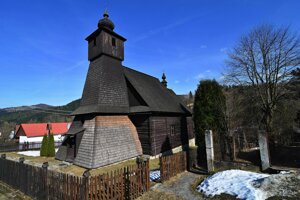 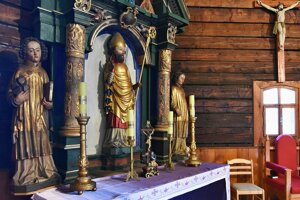 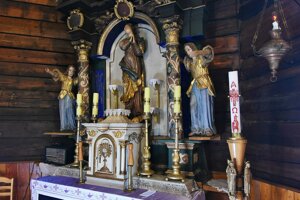 “Visitors can see the original Saint Nicholas statue in the church and an allegedly first look at Ľubovňa Castle from 1520,” explains Pokrivčák, as quoted by TASR.

He added that the most precious item is the main altar of the Immaculate Conception of the Virgin Mary, where the three various styles meet.

The church, as the only one in the village, served Greek Catholics as well as Roman Catholics. Tourists from the nearby castle come to visit. The mayor always tries his best to make the church accessible.