Slovakia commemorates 31 years since the event, which heralded the upcoming revolution. 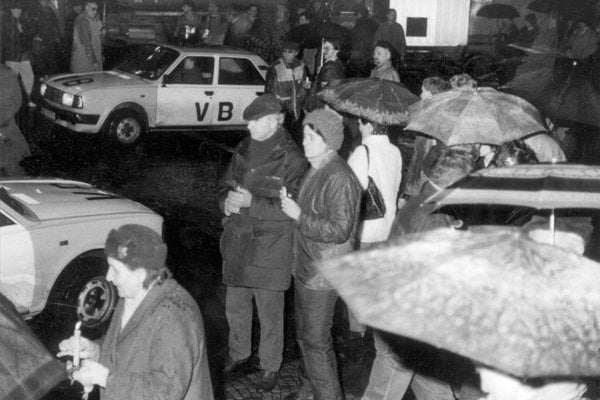 Around 2,000 people, most of them believers, stood in the square, holding candles and praying on March 25, 1988, protesting against the crime and oppression of the communist regime in the then Czechoslovakia. However, the event, known as the Candle Manifestation, ended with the police brutally beating and using water cannons against the participants. 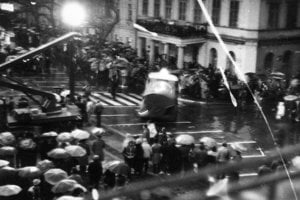 The initiator of the manifestation was former hockey player and vice-chairman of the World Congress of Slovaks, Marián Šťastný. He wanted to protest “against the insidious murders of believers”. He referred in particular to the brutal murder of priest Štefan Polák in Borovce in October 1987, that has still not been investigated today, the group of the non-governmental organisations associated in the Partnership for Citizens’ Education wrote.

The event was organised by František Mikloško, a dissident who has run for president in three elections, including the current one. The participants gathered in Hviezdoslavovo Square in Bratislava, where they asked for free appointments for bishops, religious freedoms and citizens’ rights. These were the demands made by unified believers and non-believers in the fight against the regime.

They stood against policemen armed with water canons and batons and faced the police cars that drove into the crowd.

“Those in power saw danger in those peaceful protesters and feared the bravery and decisiveness of the people,” said Joachim Gauck, former German president, when visiting Slovakia years ago. “That was the reason they were trying to stop the demonstration by all means possible.”

However, the manifestation was not defeated. Quite the opposite – it opened the way to freedom. NGOs compared the situation with the murder of Ján Kuciak and Martina Kušnírová that took place only 40 kilometres away from Borovce, where the priest was murdered. That event also brought people to the squares and streets.

President Andrej Kiska lit a candle on the day of the 31st anniversary held at Hviezdoslavovo Square. He was particularly appreciative of the great braveness of the protesters who, despite knowing that they and their families could be persecuted for years, still attended.

The participants of the Candle Manifestation opened the door to big democratic change, he added.

“Also, thanks to them, we can speak today of a modern, democratic and free Slovakia,” said Kiska, as quoted by the SITA newswire.

The event heralded the Velvet Revolution. Since 1993, March 25 is the Day of the Fight for Human Rights and a commemorative day of the Slovak Republic. 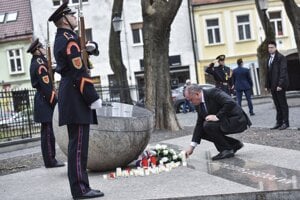 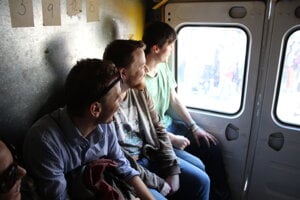 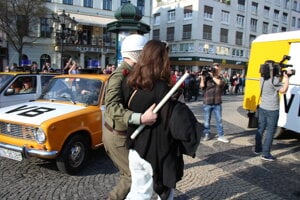