Supreme Court Judge Štefan Harabin came third in the first round of the presidential election, meaning he did not advance to the run-off. 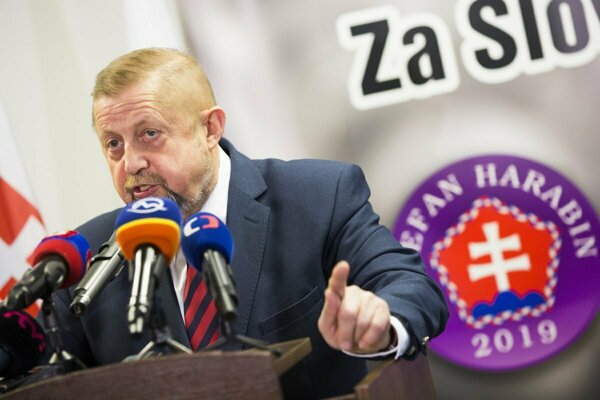 Problems with financing the campaign?

Read also:Anti-system and extremist candidates did not prevail but showed their strength Read more

Harabin questioned the way Zuzana Čaputová finances her campaign, as stems from the complaint. Harabin does not like the fact that Robert Mistrík, who had withdrawn from the presidential run before the first round in favour of Čaputová, financially supported her.

“Candidates have circumvented the law on the financing of their campaigns,” he claimed, as reported by the Sme daily.

The law stipulates that the complaint must be filed within 10 days after the election results are officially announced, Harabin explained in the video.

He is also ready to file another complaint after the second round of the presidential election, scheduled for March 30.

No one to decide on the complaint

Harabin filed the complaint when the Constitutional Court cannot deal with it since it is lacking sufficient judges to create a plenum. There are only four of 13 Constitutional Court judges, since the parliament has failed to elect the replacement for the nine judges whose tenure ended in mid-February. The next vote will take place at the ongoing parliamentary session.

“This is a crisis situation,” said lawyer Peter Kubina, as quoted by Sme. “The Constitutional Court has statutory time limits within which it has to decide.”

The court can deal with the complaint in April at the earliest, but it may be even later as coalition MPs have not agreed on the candidates for Constitutional Court judges, Sme wrote.

If the court cancelled the election result, it would also be questionable as to what it would mean for the newly-elected president and his/her decisions, experts claimed, as reported by Sme.