How can you uncover fake news on Facebook? Use Checkbot by Slovaks 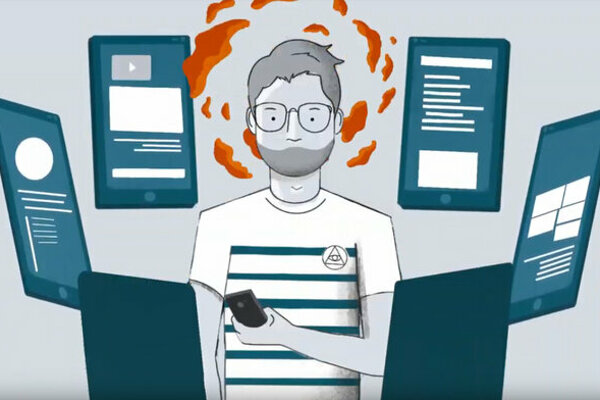 Labelling opponents as the biggest enemies, sharing fake news and pictures, publishing unsigned articles and spreading hatred; these are some of the ways disinformation media deceive people.

Checkbot, Slovakia's first chatbot on Facebook, was launched by a group of Slovaks and should now help fight these practices. A robot is expected to automatically respond to people's questions and help Slovaks disclose misleading and manipulated news online.

“More than half of people in Slovakia believe in conspiracy theories, which is the most among the Visegrad Group countries,” said Peter Jančárik of PR agency Seesame, as quoted by the TASR newswire. The agency therefore came up with the idea of Checkbot to uncover fake news on Facebook.

The chatbot can be used by any of Slovakia's 2.7 million Facebook users.

“It speaks an easy language so that older people, who are often victims of hoaxes and disinformation, can also understand it,” Jančárik added, as quoted by the Hospodárske Noviny daily.

“A computer algorithm with human intelligence and empathy come together in Checkbot,” said Tomáš Kriššák of Open Society Foundation, as quoted by Hospodárske Noviny.

After Checkbot says “Hi” to a user, it asks for a link to check a given news story.

Checkbot first looks into whether the website that published the story is listed on the Konšpirátori.sk website, which contains the list of websites spreading conspiracy theories and fake news. Subsequently, the chatbot analyses vocabulary and pictures used in the text.

“We are going to focus on comments below the stories from disinformation websites, where hatred and nonsense are shared,” added Kriššák, as quoted by TASR.

The chatbot also motivates people to uncover and learn more about fake news. It asks them questions such as who the author is, if the story spreads hatred and fear, and whether at least two independent sources are cited in the story.

In addition, Checkbot is able to send its users notifications on fake news if it is massively shared on Facebook.

The idea came from Seesame, the Open Society Foundation think tank and activist Juraj Smatana. The creators of the Slovak chatbot also plan to export the concept abroad.

They are already discussing this possibility with Czech organisations, which are considering the implementation of Checkbot because the database of conspirators also contains Czech disinformation websites.

“It is an experiment, which is relatively easily transferable abroad,” said Jančárik, as quoted by TASR.

Checkbot was created by Slovak firm Touch4IT with the financial support of the ESET Foundation, the US Embassy in Slovakia and telecommunications services provider Slovak Telekom. Moreover, the Embassies of Canada and the Netherlands supported the project as well.