Charges have also been brought against Tomáš Szabó, an alleged shooter in the case of Ján Kuciak's murder. 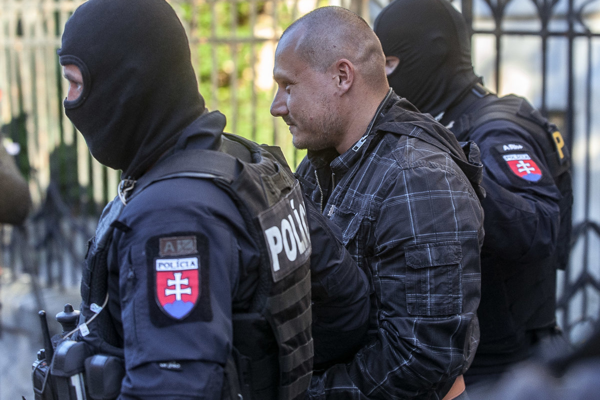 Tomáš Szabó is suspected of being the shooter in the case of journalist Ján Kuciak's murder. (Source: TASR)
Font size:A-|A+

Controversial businessman Marian Kočner, suspected of economic crimes as well as of ordering the murder of investigative reporter Ján Kuciak, faces further charges. The police have accused him of illegal possession of a weapon and arms trafficking, as they informed on Facebook.

Tomáš Szabó, who is described as the hitman who shot Kuciak and his fiancée Martina Kušnírová dead in February 2018, has been similarly charged.

If the court finds them guilty, the sentence would be between one and five years in prison.

Both Kočner and Szabó are currently in custody for other crimes.

Kočner had 60 pieces of ammunition of Czech origin and kept them illegally in a family house in Bratislava. They were revealed during the police operation in October 2018, according to the police.

At the same time, Szabó kept 14 bullets from Czech, a Czechoslovak and Hungarian producer, at home. The police uncovered them during a raid in Kolárovo (Nitra Region) in September 2018.