Gabčík killed an architect of the Holocaust. Does it make him the greatest Slovak?

Operation Anthropoid was one of the most heroic and defining moments of the 20th century in Europe - carried out by a Slovak. 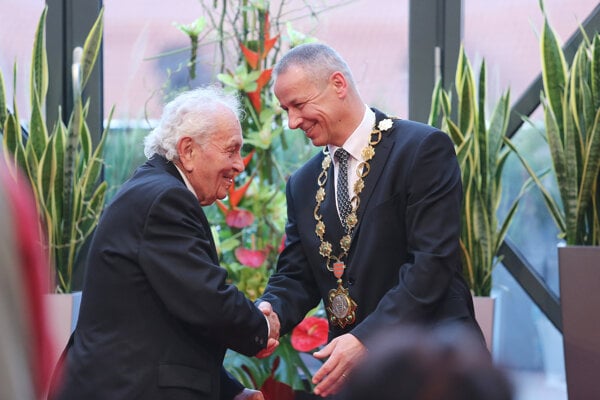 The assassination of Reinhard Heydrich, the third most influential man of the Third Reich, was one of the most heroic and defining moments of the 20th century in Europe. The act, carried out by Slovak Jozef Gabčík, determined the future of Europe.

“I am a soldier. I was given an order that I had to accomplish,” Gabčík once said, as claimed by 90-year-old war veteran Vladimír Strmeň.

Gabčík's profile has been recently aired by the public-service broadcaster RTVS as part of the television poll The Greatest Slovak, partly in the form of a documentary.

Instead of inviting writers, actors and directors of foreign origin, RTVS decided to bet everything on Strmeň. The bet paid off.