Observers view the election as a referendum on Smer. 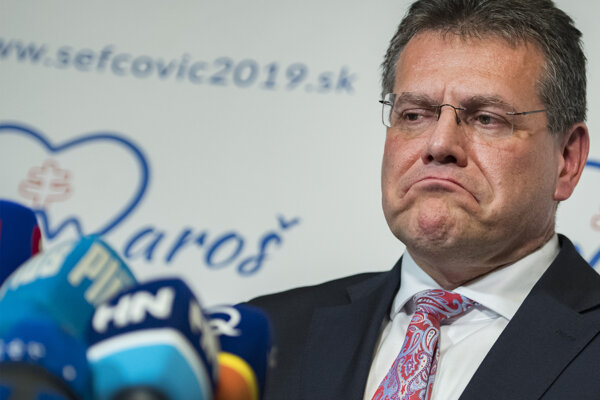 The candidate who ran with the support of the strongest Slovak political party, Maroš Šefčovič, lost the presidential race after gaining the support of 752,403 voters (41.6 percent of the cast votes). The runoff battle was focused on one important question, observers say: To vote or not to vote for Smer?

Much like five years ago when Andrej Kiska and Robert Fico stood against each other in the presidential polls, EU diplomat Šefčovič lost to Zuzana Čaputová.

“We asked voters of Zuzana Čaputová why Maroš Šefčovič was not an acceptable candidate for them,” Martin Slosiarik, director of the polling agency Focus, told The Slovak Spectator. “More than half said it was because he is candidate of Smer.”

The pro-European Šefčovič was also unacceptable to about a quarter of the Smer electorate that said in the poll they were not planning to vote in the second round, Focus data showed.

He also failed to lure enough voters to gain more support than he had in the first round of the election. Even though his numbers had grown since then, probably because some of the anti-system electorate voted for him, it was not enough. He also did not succeed in bringing new voters to the election.

Smer as a burden

Smer was undoubtedly one of the reasons Maroš Šefčovič lost, opined Tomáš Koziak, political analyst of the Department of Political Science at the Faculty of Arts at Pavol Jozef Šafárik University in Košice.