Two thirds of Vienna citizens have never been to Bratislava. 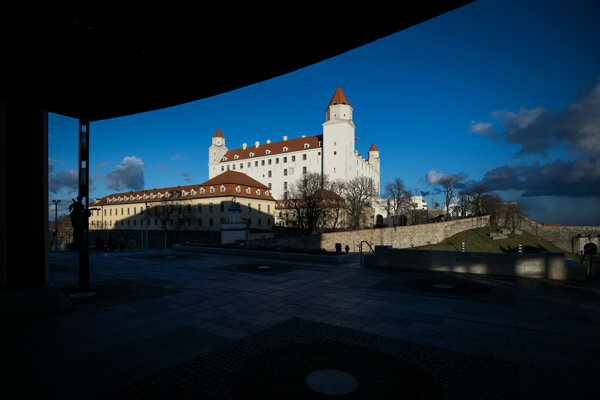 The Bratislava self-governing region wants to lure more tourists to Bratislava and surroundings from Austria and its capital city. Out of all foreign visitors in Slovakia, Austrians are in third place.

The new Gate to Bratislava tourist information centre should help. It opened in the centre of Vienna in a building of the boarding terminal.

“Vienna is a city of two million people. Statistics say that more than two thirds of its citizens have never visited Bratislava, so we see a huge potential here,” said head of Bratislava self-governing region Juraj Droba, as quoted by the TASR newswire, adding that it also applies to the Bratislava region.

The task of the new centre is primarily informative, along with selling. Employees will “actively sell” Bratislava and the whole region.

“Whoever is interested in visiting Bratislava, even for an afternoon coffee, is interesting. But if we discover Austrians who will fall in love with Bratislava and look into its history, I will be glad,” noted Droba, as quoted by TASR.

Ronald Schrems, manager of the Vienna company for operation and development of the regions in the Danube area, says that there are many attractions Bratislava can offer to visitors from Vienna.

“There is the lovely historical centre of Bratislava located on the Danube River,” he said, as quoted by TASR. “But we can also mention the rich vineyard culture in the Small Carpathians and surroundings of Modra, as well as tourist opportunities we should develop along the eastern route from Vienna.”

Schrems noted that Vienna became a significant city thanks to all the immigrants that had moved there in the past from all former parts of the monarchy.

There is also the new boat Twin City Liner commuting between Vienna and Bratislava. This common project has entered its 14th season.

The new boat has doubled capacity for 250 passengers and the time of travel between the two capitals is 75 minutes.