People do not trust Fico

How did other politicians rank? 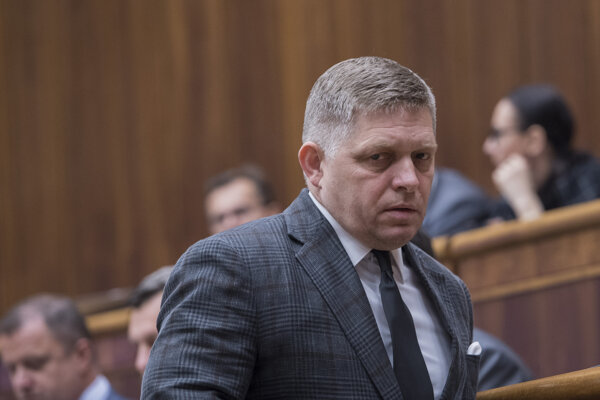 People trust incumbent President Andrej Kiska the most. On the other hand, Smer chair Robert Fico is the least trusted.

This stems from a poll carried out by AKO agency for the private news channel TA3 between March 27 and 28 on 1,000 respondents, the TASR newswire reported.

Kiska was selected by 57 percent of respondents. The second most trusted politician is PM Peter Pellegrini (Smer), supported by 52 percent. He is followed by chair of the Ordinary People and Independent Personalities (OĽaNO) Igor Matovič with 36 percent, chair of Freedom and Solidarity (SaS) Richard Sulík with 35 percent, and Most-Híd chair Béla Bugár with 34 percent.

79 percent of respondents selected Fico as the least trusted politician, followed by far-right extremist and chair of People’s Party – Our Slovakia (ĽSNS) Marian Kotleba with 76 percent. The third least trustworthy politician is chair of the Slovak National Party (SNS) Andrej Danko with 73 percent, followed by Bugár with 64 percent and chair of Sme Rodina Boris Kollár with 62 percent.