It took several hours for firefighters to finally gain control over the fire. 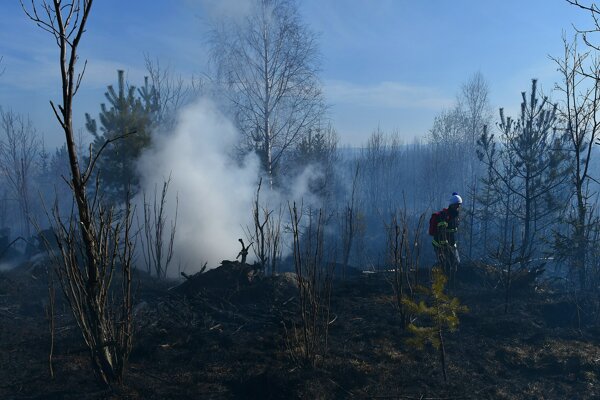 An area of forest in the High Tatra mountains caught fire on the afternoon of April 1. It started in the state forest close to the Tatranské Zruby settlement, the SITA newswire reported.

Dozens of firefighters were working on the spot. The fire broke out about half a kilometre away from the settlement, over an area of one hectare. The situation was complicated by strong winds that were spreading the flames.

No people were harmed.

“Luckily, the fire did not damage the houses or citizens of the settlement,” said the mayor of Mesto Vysoké Tatry, Ján Mokoš, as quoted by SITA. 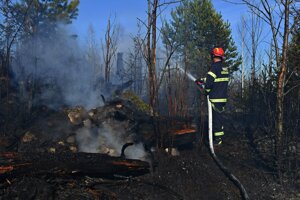 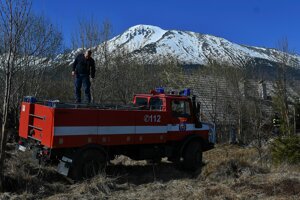 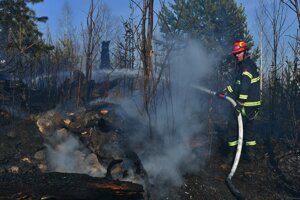 Not the first fire

The southern hillsides are dry because of the warm weather, which is why the municipality stays on alert. There have been several fires in the Tatras already.

“We have called on the firefighters several times to organise educational lessons for our citizens; we live in the foothills where fires can happen anytime during a time of drought,” Mokoš said, as quoted by SITA.

The cause of the fire this time was probably a human factor, according to the mayor. One possibility is that someone threw away a cigarette butt. However, he did not exclude the possibility that it was started on purpose.

“It is suspicious since there were two fires in the same locality last year,” Mokoš said, as quoted by SITA. “This one is the third.”

It is not the first fire that has occurred this spring either. Two fires broke out last weekend near the Roma settlement of Stráne pod Tatrami.