Slovakia's 14 seats would be distributed among eight political parties. 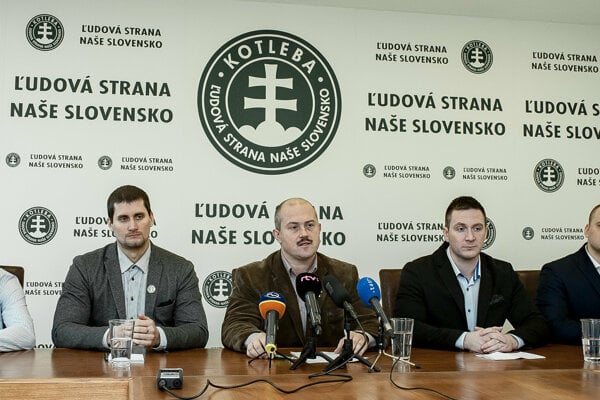 The far-right People’s Party – Our Slovakia (ĽSNS) would score highly in the EP elections, suggests a recent poll carried out by the Focus agency.

Even though the election would be won by the senior ruling party Smer, which would win the support of 21.6 percent of the vote, ĽSNS would follow with 12.9 percent.

The preferences for the ĽSNS are slightly overestimated though, believes political analyst Pavol Baboš, commenting for the Euractiv.sk website. Everything will depend on the party's ability to mobilise its voters for this type of election, he added.

The opposition Freedom and Solidarity (SaS) party would come third with 11.3 percent, according to the poll, carried out between March 1 and 15 on 1,590 respondents.

Ordinary People and Independent Personalities (OĽaNO), Sme Rodina (We Are Family), the Christian Democratic Movement (KDH) and the coalition of Progressive Slovakia and Spolu (Together) would also win seats in the EP, with preferences oscillating between 11 and 8 percent.

The Slovak National Party (SNS) would be the last party to pass the 5-percent threshold, and win the seats in the EP.

The EP elections in Slovakia will be held on May 25.

Slovakia currently has 13 seats in the EP, which are also distributed among eight parties. However, it is hard to say how many seats each party would get as it depends on the actual turnout and the total number of votes, Euractiv.sk wrote.

Another poll conducted by Focus for the EC Representation in Slovakia suggests that 27 percent of respondents are planning to take part in this year's elections, Euractiv.sk wrote.

Five years ago, only 13 percent of Slovaks cast their votes in the EP elections, making it one of the lowest turnouts in the EU.

Read more articles by the topic
This article is also related to other trending topics: Strana Kotleba - ĽSNS, EP election 2019