Vrba and Wetzler gave a testimony about the Auschwitz camp. They escaped 75 years ago

The testimony, known by the name The Auschwitz Protocols, is one of the most important documents about the Holocaust tragedy. 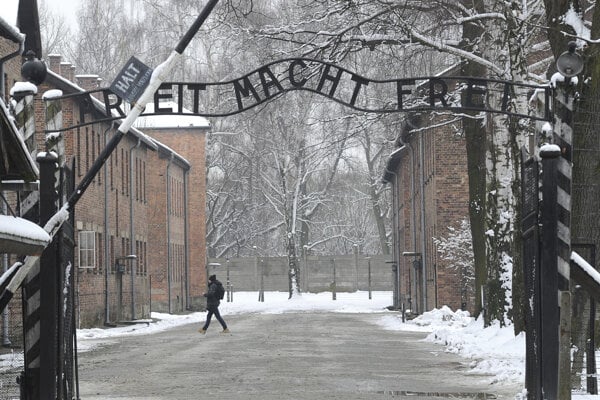 Only a handful of people managed to escape from the Auschwitz concentration camp, and most of them were shot dead by the Nazis. Two prisoners, Alfréd Wetzler and Walter Rosenberg, who later started using the name Rudolf Vrba, decided to find another method of escape.

They disappeared on April 7, 1944 to raise an alarm and stayed hidden among the wooden panels from which the prisoners were expected to build new barracks for Jews from Hungary. Three days later, after the alarm had been cancelled, they escaped, the Sme daily reported.

Shortly after crossing the Slovak-Polish borders, they collapsed on the field owned by Ondrej Čanecký. He found them, fed them and offered them a place to stay in his house. They later contacted the representatives of the Jewish community in Žilina.

The testimony of Vrba (Rosenberg) and Wetzler is 32 pages and is also known by the name The Auschwitz Protocols. It is one of the most important documents about the Holocaust tragedy.

Their life-stories were also published in books: Rudolf Vrba: I Cannot Forgive / I Escaped from Auschwitz; and Alfred Wetzler: Escape from Hell. The True Story of the Auschwitz Protocol.

Vrba moved away after the war and became a successful scientist. He died in Vancouver in 2006. Wetzler spent the rest of his life in Bratislava, where he worked in several professions. He died in 1988, Sme wrote.

Čanecký was granted the Righteous Among the Nations title this year.