If terrorists took hockey fans hostage, how would the Slovak police react?

The police conducted a mock hostage situation in Košice's Steel Aréna prior to the ice hockey world championship. 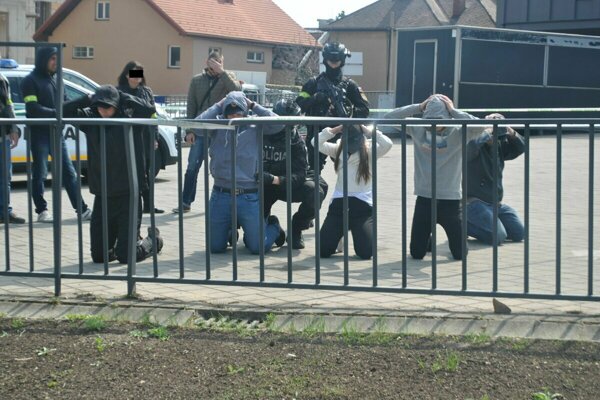 The Slovak police role-play a hostage situation, which could occur during the 2019 Ice-Hockey World Championship in May. (Source: Róbert Bejda)
Font size:A-|A+1

Machine guns firing shots in front of the Steel Aréna in Košice while dozens of police officers take action on the grounds: The Slovak police role-played what would happen if terrorists took control of the ice hockey stadium, the police wrote on Facebook.

“In relation to the upcoming ice hockey world championship, training for each unit of the police corps is taking place from April 7 to April 9,” said the police, as quoted by the regional Korzár daily.

The first phase of the training focused on the operative-search activity of the National Criminal Agency (NAKA), while the second part, which took place on April 9, simulated a terrorist attack.

People passing by the stadium did not know what was going on. They just heard police officers shouting and shooting, as reported by Korzár.

During the role-play, special police units eventually detained potential perpetrators, who had held people hostage inside the arena. Following that, the police led the injured out of the building and gave them first aid. The surrounding area was closed during the duration of the role-play, Korzár wrote.

The police acted out different scenarios that could occur during the championship in Košice. For instance, a terrorist could ask for food.

In the simulated operation, one of the terrorists exchanged food for five hostages. However, one of them turned out to be a terrorist with anthrax spray hidden under his clothes. The police detained him. 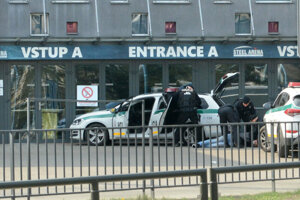 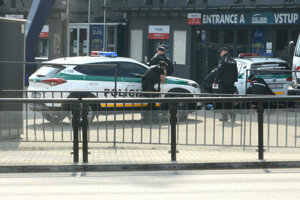 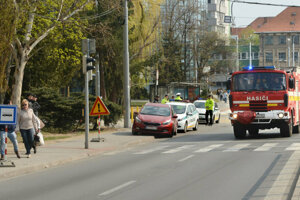 Slovak police during a simulated terrorist attack in Košice (7 photos)