Kamenický is a little known MP, who is regarded as a friend of Fico's. 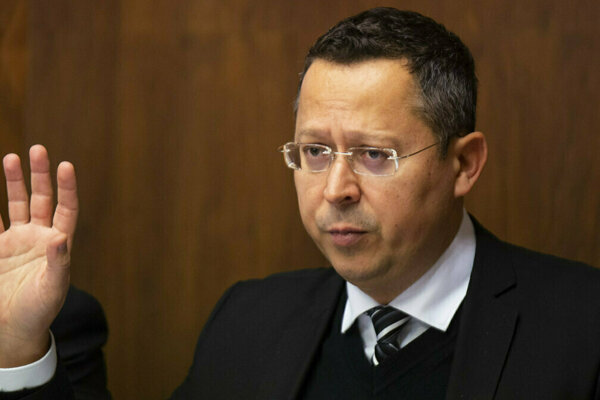 Who Ladislav Kamenický is and what he did before entering politics is nearly impossible to learn from the publicly available sources. Neither has Kamenický published his resume on the websites of the ruling party Smer, of which he is a member, or of parliament.

Kamenický has served as a Smer MP since 2012, and he is to become the next finance minister after Easter, as was jointly announced by PM Peter Pellegrini (Smer) and Smer head Robert Fico.

“I welcome the new finance minister,” said Pellegrini about Kamenický. “He is a man who I know and with whom I had an opportunity to work.”

It is important for the new finance minister to embrace the existing fiscal promises of this government, to prevent vote buying before elections at the expense of deteriorating public finances.

The current Finance Minister Peter Kažimír (Smer) is to become the new governor of the National Bank of Slovakia (NBS), and Kamenický will therefore replace him in the ministerial chair.

However, he is taking over in a worse economical climate than Kažimír did in 2012 when he took office. NBS has announced that the Slovak economy is growing more slowly than initially expected; the national bank has already cut an estimate of GDP growth from 4 to 3.5 percent.