Statutes and reliefs of Alojz Rigele beautify Bratislava to this day 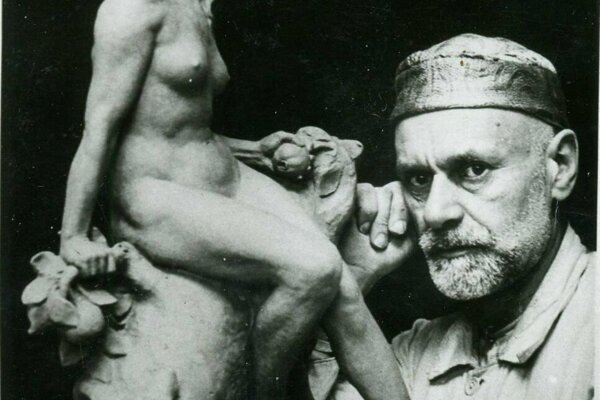 Decorations of house façades in the city centre, statues in parks and gardens, tombstones in cemeteries, plaques and busts of famous figures and ordinary burghers. The monumental oeuvre of Alojz Rigele (1879-1940), a native of Bratislava and graduate of the Academy of Fine Arts in Vienna, which remains in Bratislava is unbelievable. This year the city marks the 140th anniversary of Rigele’s birth.

“He remained faithful to this city his entire life; when you walk through the streets of Bratislava, you can see his works wherever you look,” said Ján Vyhnánek from the civic association Bratislavské Rožky, which is dedicated to the history of Bratislava, at the beginning of a lecture on Rigele. “Rigele made the city nicer with his works. He significantly contributed to the past as well as the current look of the city.”

“He was an extremely versatile artist, sculptor and artist and co-organiser of social life in his home town,” said Zsolt Lehel, an expert on Rigele and his oeuvre, as well as the author of a book on the artist.

Some works by Alojz Rigele

The ancestors of the successful sculptor came from northern Bavaria. His grandfather, Augustin, came to then Pressburg, now Bratislava, in 1809 along with the Napoleonic army as a bonesetter. He settled and worked as a city doctor in the settlement below Bratislava’s castle. From his four sons two remained in Bratislava - Augustin and the father of the successful sculptor František-Xaver.

“Alojz drew since he was able to grab a pencil and started to model very early too,” Lehel said. For modelling, he used unconventional material – the fireclay used to build and repair furnaces.

Rigele held his first exhibition when he was just 10 years old, when he exhibited copies of existing sculptures and his own compositions in the window of the Karol Stampf bookshop on Michalská Street.

At that time his uncle Augustin realised that the nephew’s interest in art was serious and asked the sculptor Ján Fadrusz, a native of Pressburg who established himself in Vienna, to review his work. Fadrusz praised the work and sent the young sculptor a genuine modelling wax, a stand and an anatomical atlas, which then served Rigele his whole life.

However, Alojz’s father had different plans for his son. He wanted him to be an educated man, so he sent him to high school. In the second year, however, Alojz failed in maths and took another path against his father’s will. He became an apprentice in the workshop of the decorative sculptor Adolf Messmer. He participated in the artistic completion of public buildings and also received orders from a burgher for busts. 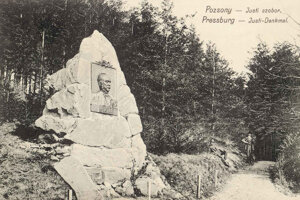 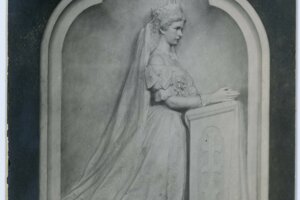 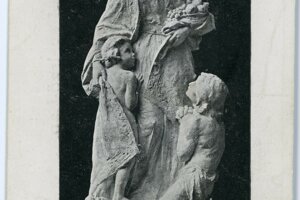 Some works by Alojz Rigele (10 photos)

The sculptural decoration of the former Kittler & Gratzl headquarters on Šafárikovo Square, later the Krym Hotel, comes from this period.

“Standing on a scaffolding, he sculpted all the decorations on the walls from stone blocks embedded in the façade,” said Lehel. “He was sixteen then.”

When five years later Messmer offered Alojz an equal partnership in the workshop, he refused and instead went to study at the Academy of Fine Arts in Vienna. He graduated in 1907 and as a married man with two children he returned to Pressburg in the autumn of the same year.