Will the parliament finally elect candidates for the Constitutional Court judges?

10 candidates are still missing. The MPs will try to choose from 25 people registered in the May vote. 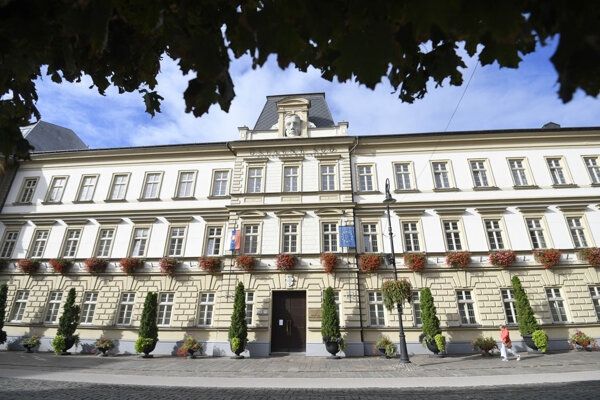 The building of the Constitutional Court in Košice. (Source: TASR)
Font size:A-|A+

MPs will be seeking a compromise again in order to find 10 remaining candidates for the empty posts at the Constitutional Court at the parliamentary session, which starts on May 9.

The tenure of nine Constitutional Court judges expired in mid-February and the parliament has failed to elect their replacements. There have already been two votes. No candidates were elected in the first one held in February, while eight candidates for the posts were chosen in the second vote held in early April.

“I believe this endless repetition of voting is not the best choice,” said Robert Madej, head of the parliamentary constitutional and legal affairs committee, as quoted by the Sme daily.

Even though 25 candidates registered for the vote, there are only three new names on the list. The rest already tried unsuccessfully to get elected in the previous two votes in the parliament, Sme wrote.

The new candidates for the post of Constitutional Court judge include two lecturers, Monika Jurčová from Trnava University and Vieroslav Júda from Matej Bel University in Banská Bystrica. The third one is lawyer Patrik Palša from Prešov, Sme wrote.

On the other hand, State Secretary of the Justice Ministry Edita Pfundtner (Most-Híd) and Smer chair Robert Fico's schoolmate and judge Eva Fulcová will run for the third time already. Also former chair of the Sieť party Radoslav Procházka will try to win the nomination for the third time, although he managed to acquire only 22 votes in the first vote, Sme reported.

On the other hand, Radovan Hrádek, who now represents the far-right People's – Party Our Slovakia (ĽSNS) in a proceeding over its dismissal, will not run again.

Voting will always be political

Candidates need to win the absolute majority of votes in the parliament to be officially nominated for the post. The parliament needs to elect twice as many candidates as the number of empty posts, from whom President Andrej Kiska subsequently appoints the new Constitutional Court judge.

While Madej hopes MPs will elect the remaining 10 candidates, opposition MP Ondrej Dostál of Freedom and Solidarity (SaS) doubts it. He sees overpoliticisation as the main problem in the voting of candidates, Sme wrote.

“Without political agreements, nothing can get through in the parliament,” commented PM Peter Pellegrini (Smer), as quoted by the TASR newswire.

Before the vote, the constitutional affairs committee will question all 25 nominees. The hearing is expected to take place on May 2 and 3. The vote should then be held on May 9.

Meanwhile, Kiska is expected to appoint four new Constitutional Court judges from the pool of candidates selected in April. However, Kiska has not said yet whether he will actually appoint them. 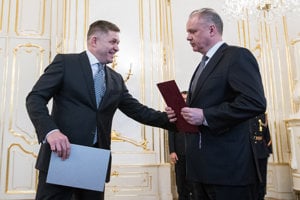 “The parliament grossly violates the Constitution,” claimed Kiska this past weekend, as quoted by Sme. MPs have failed twice to select the required 18 candidates, he underlined.

Kiska was expected to announce his final decision on April 15. However, recent reports suggest that he will do so on the afternoon of April 16.

In total, 13 judges comprise the Constitutional Court, but there are only four working at present. Kiska should appoint nine new judges.