Support for Smer drops below 20 percent

Support for the coalition of Progressive Slovakia and Spolu has increased significantly, a recent Focus poll suggests.

The coalition of non-parliamentary parties Progressive Slovakia and Spolu (Together) has reported quite a big increase in their support after the presidential elections. On the other hand, support for Smer continues to fall.

This stems from the recent poll carried out by the Focus agency at the beginning of April, two weeks after the presidential election won by Zuzana Čaputová, a former member of Progressive Slovakia.

Smer would win an election with the support of 19 percent. In comparison with its March result, this is a drop of 3.4 percentage points, the Sme daily reported. 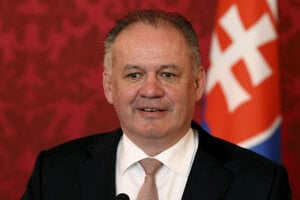 The coalition of Progressive Slovakia and Spolu came second with 13.4 percent, up from March’s 9.1 percent.

The victory of Zuzana Čaputová in the presidential election with the support of both parties, significantly helped to increase the popularity of these parties, observers agree.

The Far-right People’s Party – Our Slovakia (ĽSNS) came third in the poll, with the support of 10.5 percent, followed by Freedom and Solidarity (SaS ) with 10.1 percent.

Sme Rodina (We Are Family) would be the next to make it to parliament with 9.4 percent, followed by the Ordinary People and Independent Personalities (OĽaNO ) movement with 9.1 percent, the Slovak National Party (SNS) with 7.5 percent, and the non-parliamentary Christian Democratic Movement (KDH) with 6.8 percent.

Junior coalition party Most-Híd would not enter parliament since it would gain the support of only 4.7 percent of voters.

Focus conducted the poll between April 8 and 14 on 1,026 respondents