Trump: I would love to visit Slovakia

The US president met with Slovak PM Peter Pellegrini in the Oval Office, discussing economic issues and the purchase of F-16 jets. 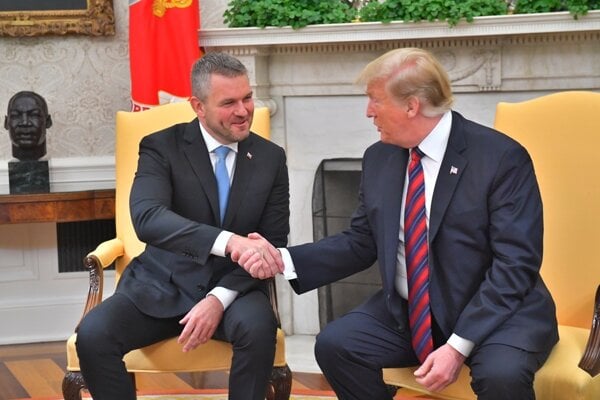 Slovak PM Peter Pellegrini and US President Donald Trump met on May 3 in the White House. (Source: TASR)
Font size:A-|A+687

F-16 fighter jets, the current economic situation and unemployment were among the topics discussed by US President Donald Trump and Slovak PM Peter Pellegrini at their May 3 meeting in the White House.

"It’s my honour to have the prime minister of Slovakia with us today in the Oval Office," Trump told the press.

As he stressed, they have a lot of talking to do. This includes the bilateral trade agreement and the purchase of F-16 jets.

Trump also mentioned to journalists that the US and Slovakia have a very good relationship.

"The timing is perfect," Pellegrini said about the visit. "This year we’re celebrating 30 years of freedom for Slovakia and the United States played a key role in our struggle for democracy. It helped us to transform the country."

He continued by saying the US and Slovakia are strategic partners and allies.

When asked whether he would like to visit Slovakia, Trump said he "would love to" come one day. He knows many Slovaks, describing them as "incredible people". He also said that Slovakia is a beautiful country. 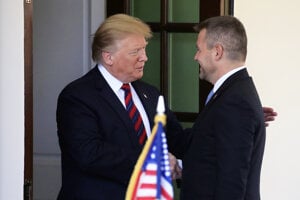 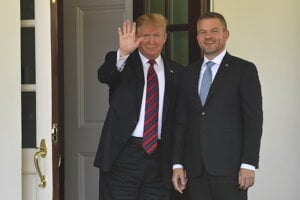 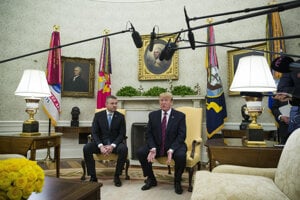 Investments in defence to increase until 2022

Pellegrini appreciated the fact that Trump is very direct in the question of common defence. He informed him about the plan to increase investments in defence to 2 percent of GDP until 2022, which is two years earlier than the country originally promised.

Trump commented that the order for the F-16 jets is a very big and that he is impressed.

The Sme daily noted in its reports about the visit that Pellegrini was not joined by Defence Minister Peter Gajdos of the junior coalition Slovak National Party (SNS) despite the fact that he did discuss defence and security with the US partners, including Slovakia's purchase of F-16 jets.

Pellegrini and the SNS have had a falling out over a defence agreement with the US government. The SNS refused the deal through which the US was to grant Slovakia USD105 million for the reconstruction of its air bases. Neither the ministry nor Pellegrini's office commented on whether the absence of the Defence Ministry's people in his delegation had anything to do with that disagreement.

Visit to Arlington cemetery and the Holocaust museum

Pellegrini visited the Arlington National Cemetery during his trip to the US, where he laid wreaths on the grave of the unknown soldier. Together with Foreign Affairs Minister Miroslav Lajčák, they toured the United States Holocaust Memorial Museum and presented a commemorative coin to Ruth Cohen, a Holocaust survivor with Slovak roots.

Moreover, Pellegrini and Lajčák met with the representatives of the US companies that are established in Slovakia, including U.S. Steel, AT&T, IBM and Amazon. 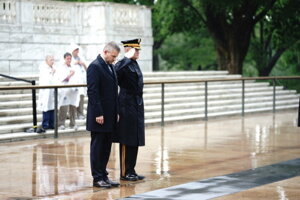 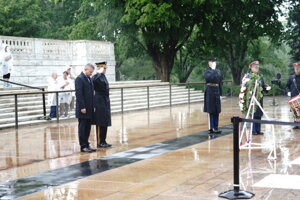 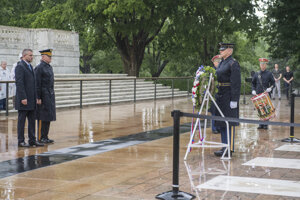