UPDATED: Doctors in Nitra performed surgery on the wrong knee

The hospital has punished several people as result. 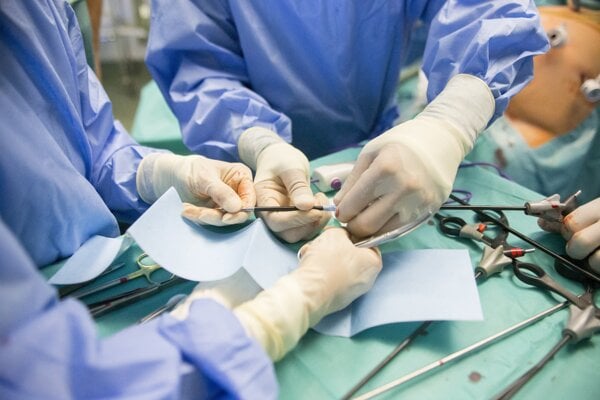 Doctors at the Faculty University in Nitra performed surgery on the wrong knee. They were supposed to operate on the joint of a pensioner’s right knee, but operated on the left one instead.

“I woke up after surgery and looked at my knee, but there was a tube sticking out of the left knee,” said pensioner František, as quoted by regional website My Nitra. “It was a terrible feeling. You performed surgery on the opposite knee, I said. But there was only one person and they left. I started to scream – You operated on my healthy knee!”

Doctors apologised to him in the evening and said they do not know how this could have happened.

The staff was punished

Pensioner František submitted a complaint to the management of the hospital, the Health Care Surveillance Authority and the prosecutor’s office. The hospital showed remorse.

“We are honestly sorry about the situation. We are aware of our responsibility,” said spokesperson of the hospital Tatiana Timková, as quoted by the SITA newswire.

She said that they will take measures to prevent this situation from happening again.

Meanwhile, the independent commission founded by the hospital has ended the investigation. It dismissed the chief surgeon, along with the trauma surgery and orthopaedic ward’s senior consultant, the Denník N daily reported on May 7.

Other members of medical staff who were present at the surgery were given “financial and disciplinary sanctions”, Denník N wrote.