Kiska: It’s necessary for us to remember the biggest tragedy 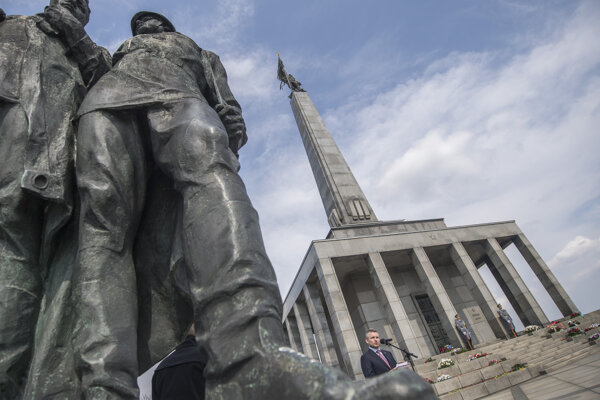 It is necessary to remember how the biggest tragedy we have ever witnessed was created, said President Andrej Kiska during a wreath-laying ceremony held at Slavín Memorial on the occasion of 74 years since the end of World War II in Europe.

“In the beginning there was a word, a word that spread hatred, attacked people of a different religion, nationality and skin colour,” Kiska added, as quoted by the SITA newswire. “Today, with extremism on the rise, we have to remember how this evil was created so as not to repeat the same mistakes.

Those creating horror should be prevented from taking power

The ceremony was also attended by PM Peter Pellegrini (Smer).

“Today is a time to distinguish between patriotism and nationalism,” he said, as quoted by SITA.

It is a duty of the government to bow before the graves of the people who fought for our freedom, he added. 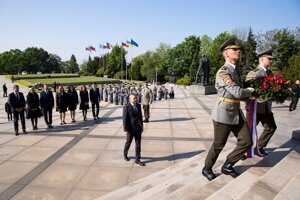 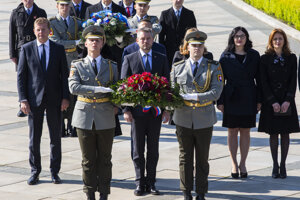 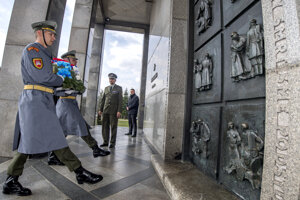 “I want to call on all decent people to not only celebrate and remember our victory today, but also think about whether they are willing to do everything to prevent those who created these horrors in the past from taking power and deciding how Slovakia and Europe will look,” Pellegrini added, as quoted by SITA.

Both Pellegrini and Kiska later attended a ceremony in Zvolen.

Speaker of Parliament Andrej Danko (the Slovak National Party) paid tribute to the WWII victims. Together with the members of his party and the Russian ambassador to Slovakia, they attended a ceremony at a memorial in Bratislava’s Líščie Údolie, starting at 8:00.

Shortly afterward, Danko flew to Moscow, where he attended the May 9 military parade in Moscow’s Red Square, SITA wrote.