Clothing chain Zoot faces problems. How will this affect Slovakia?

Its Slovak branch ended 2017 with a loss exceeding €4 million, despite the increasing revenues. 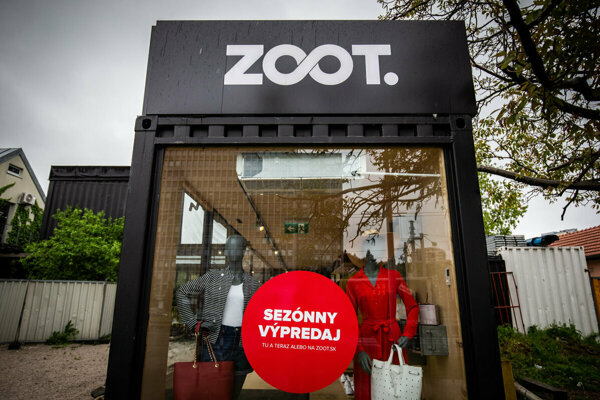 The chain of clothes shops Zoot offered a unique project: customers could choose goods on their online shop, order it and then try then on in a brick-and-mortar issuing premises. After this process, they could decide whether or not they would buy the items.

However, the company faces several financial problems in the Czech Republic and is awaiting restructuring.

“This model is popular among customers in the Czech Republic and Slovakia,” said Zoot’s media representative Karel Samec, as quoted by the Sme daily. “However, it is hard to keep it in the black.”

The company agreed with most of its creditors on the change of structure, during which it plans to eliminate its debts and prepare for growth. The restructuring process has already been approved by the court in Prague, Sme wrote.

The rescue plan involves the arrival of a new investor, who will reportedly come from the Natland investment group, Zoot’s biggest creditor.

To save money, Zoot closed three of its 11 brick-and-mortar premises in Slovakia. As a result, there are still three in Bratislava and one in Nitra, Trenčín, Žilina, Banská Bystrica and Košice.

In the Czech Republic, the company closed 10 of 28 premises, Sme wrote.

Despite the changes, it still plans to keep its business model.

“It will remain necessary to try the product in the fashion industry,” Samec told Sme, adding that after extending the assortment, the issuing premises will become ordinary brick-and-mortar shops.

The online shop will not undergo any changes, Samec added for Sme.