Is Slovakia a mafia state?

We did come close in the past. What protects us from becoming a mafia state? 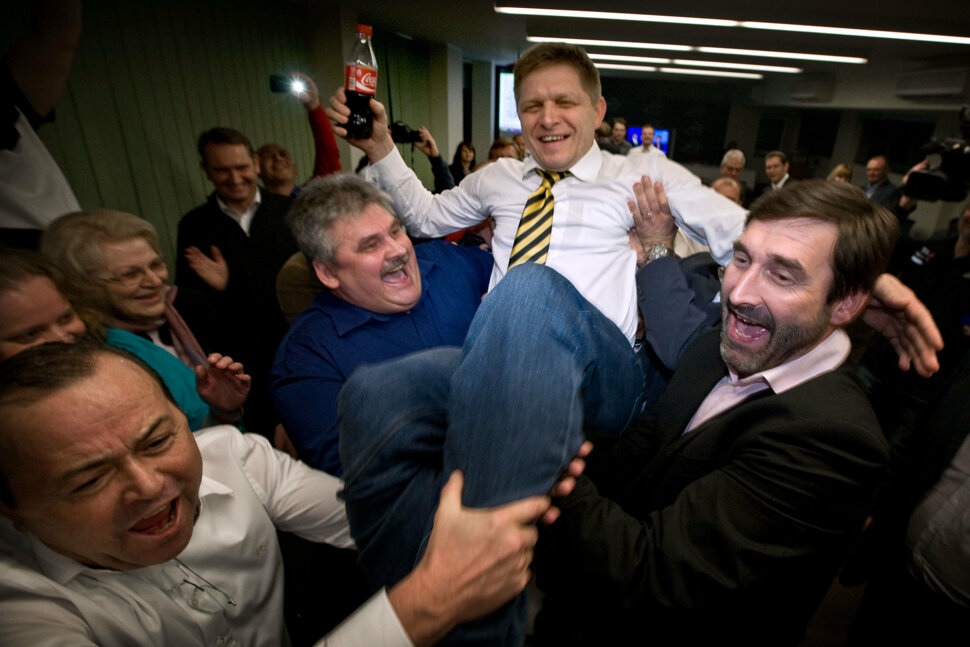 Mafia vs. a mafia state

Why did Fico not do it before Orbán?

Fico is an upgrade of Mečiar

What did Kiska say?

What protects us from a mafia state

Is Slovakia a mafia state?

The “mafia state” has penetrated our language, without clear definitions. It demands our attention, like a slogan that hits a raw nerve mostly with those who rule a country we label that way. Frustration over abuse of power, their attempts to kidnap democracy and with Marián Kočner’s fingerprints on the doorknobs of the General Prosecutor’s Office, the police and the headquarters of political parties.

We called this country a “mafia state” when we saw its fragments emerging from the dust of denial of political responsibility for the murder of Ján Kuciak and Martina Kušnírová. Without a fundamental change of the atmosphere in society it could have been turned into a criminal state.

A state where democratically elected representatives adopt a family of power, which they then protect and elevate above the law. The family is granted benefits that come with a specific price tag: loyalty, silence or protection.

“If we look at the dirty links between organised crime and politicians in Slovakia, it might really seem like our country has become a mafia state,” the outgoing President Andrej Kiska said in early May for the German daily Die Welt. It wasn’t the first time he used that label.

Former prime minister Robert Fico strictly rejects the term “mafia state”, although it was his government that offered the inspiration to use that term.

After the murder, the nation learned the name ‘Ndrangheta, as one of the most powerful and richest organised crime groups in the world and its links with the Slovak government were what Ján Kuciak wrote about in his last, unfinished article.

Kočner, whom the police believe to have ordered the murder, built up a criminal organisation of his own. Its honourable members were secret service agents, police officers, judges, attorneys and people with ties to the ruling power.

President-elect Zuzana Čaputová is more cautious in her assessment, she says it is a “more complex issue, but the mafia state is a simplification that is not far from the truth”. The mafia practices of people who influence power in the background have grown through some institutions, she said, adding that “the links of many scandals reach top posts in the state and the judiciary, police and prosecutors not always working the way they should or could”.

Hungarian sociologist Bálint Magyar says that Viktor Orbán has built a mafia state across our borders. His concept has its critics. Some Russian liberal analysts do not see today’s regime in Hungary as a mafia state. They claim it cannot be compared to Russia, where the state applied retaliation against its critics and which also murders, which is not happening in Hungary yet.

But Hungary is a warning for us, showing that we are not safe in democracy either. That is why it’s important to understand how the state apparatus can become a criminal organisation and work on the same principles as the mafia, with everything it entails: a godfather, a protected group of clients, and state violence that can reach for the private property of those who are inconvenient.

The lack of clarity and overuse of the term diminishes its power. So what do we talk about when we use the term “mafia state”? How close have we come to such a regime? Have we ever been close before? And what protects us from it?

Mafia versus a mafia state