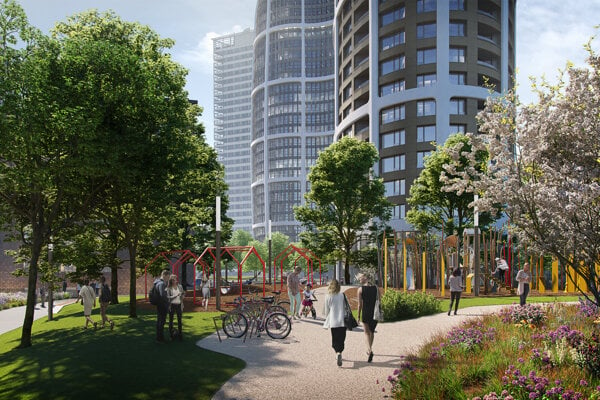 A large brownfield at the edge of the very centre of the capital is set to become greener soon.

The public park in Sky Park is a project by the prominent British architectural studio Zaha Hadid Architects. Constructed between the Old Town and the Danube embankment in Bratislava, it will be as large as six football pitches. Its terrain will be mounded, providing varied opportunities for different age groups to play and relax. 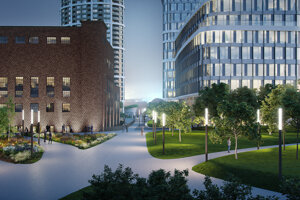 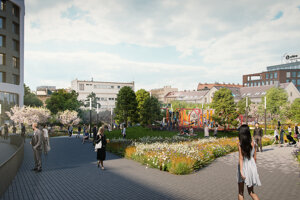 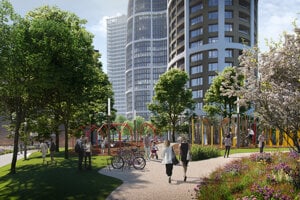 “The public park is an added value of the Sky Park residential and office project,” said Chris Lepine from Zaha Hadid Architects. “It will serve residents as well as the people who will work and shop here.”

Old Town Mayor Zuzana Aufrichtová believes that it is more important to regulate a development project at the ground level than at its heights, as it is precisely the area around the buildings, pivotal for how people will feel, move around and use this space. In this respect the new city park will offer benefits to everyone.

“In the territory of the Old Town there will be a new public space at the quality of European or global public spaces,” said Aufrichtová, herself an architect.

Real estate experts recall that legislation obliges developers to build parks and greenery on a certain share of developed land and see building parks as a reasonable investment.

“If the developer wants to ensure that its project is also interesting after some years, such an investment is important,” Alexander Krajňak, a real estate expert from RE/MAX real estate office, told the Hospodárske Noviny daily.

The developer, Penta Real Estates, promises to complete the park within the first phase of the €420 million project by the end of the first half of 2020. This phase will include the construction of three out of four residential towers, one of two office buildings and the reconstruction of a historical heating plant. Depending on the permission processes, the developer plans to start construction of the remaining buildings at the beginning of 2020 and complete them within the following three years. 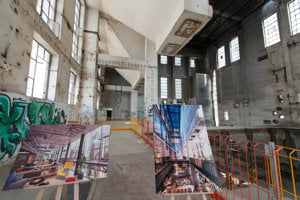 With its acreage of more than 30,000 square metres the park will be comparable to the Medical Garden or the park behind the Presidential Palace. 10 companies worked on its design, including Zaha Hadid Architects, Townshend Landscape Architects known for its public space projects in London in particular, along with an urbanist of Slovak origin, now working in London, Igor Marko of Marko & Placemakers.