Čengel Solčanská: Slovakia doesn't have the courage to make a film about the Slovak president-Nazi collaborator

When director Mariana Čengel Solčanská asked for money from the Slovak Audiovisual Fund to make a film about Slovak president Jozef Tiso, the Fund refused to support her film. 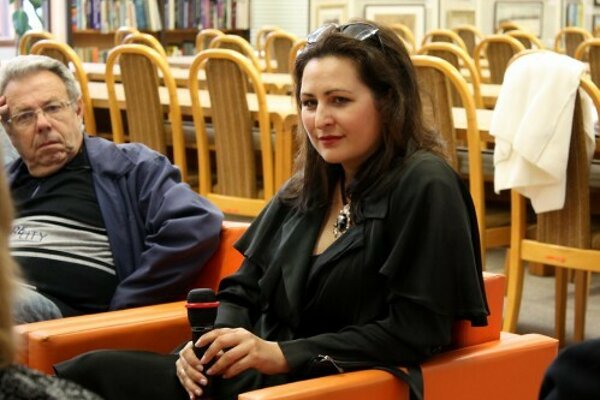 Back in the turbulent nineties, the relationship between PM Vladimír Mečiar and President Michal Kováč was far from ideal. The President's son was abducted and Mečiar, who issued amnesties to protect the abductors, aimed to usurp power in Slovakia.

Slovak director MARIANA ČENGEL SOLČANSKÁ decided to bring the real-life story of Mečiar's amnesties to the screen in 2017. She was able to watch the reactions of today's generation when they saw someone who could have been their peer, a police officer, die for the ideals of a just society.

Later, in a book, Solčanská portrayed Slovak general Milan Rastislav Štefánik, who died in 1919, as emotionally unstable, poor and insecure, a completely different angle to how he is normally seen. Instead of an admired demigod, Štefánik was a man who could also be loved, she claims.

Tiso was a collaborator with Nazi Germany, and the Slovak State legitimised the crime against its own inhabitants. I do not think I can say it any clearer.

But recently when she wanted to create a film about Slovak Catholic priest Jozef Tiso, who collaborated with Nazi Germany, and picture him as a true enemy of Slovakia, the Slovak Audiovisual Fund (AVF) said no to her concept.

You received wide public attention due to the film Únos (Abduction). Did you expect such a positive reaction?

The reaction was beyond our expectations. We did not expect it at all. We had the premiere date set before we even finished shooting, which is usual practice for distribution companies. They must plan the distribution of a film long before it is completed.

Due to the genre of our film, they expected a certain number of viewers. To fulfil these expectations, they need to have trailers screened with their distributed films in cinemas. In February 2017, the successful picture Fifty Shades of Grey was hitting the cinemas.

It was decided our trailer would be screened with this movie. The planning had thus happened long before President Michal Kováč died, in 2016, and before we saw the first cut.

When we were ready to shoot, some people at the AVF commission and some screenwriters asked why we wanted to create a film about the abduction, a topic which they saw as outdated. Nobody would understand it since it happened two decades ago. It was necessary to turn the page, they said.

But politicians were trying to scrap Mečiar's amnesties at the time of filming, were not they? They put them on the table again.