A bridge between East and West: Why many Slovaks see their country in the middle

The bridge concept is an illusion, say experts. 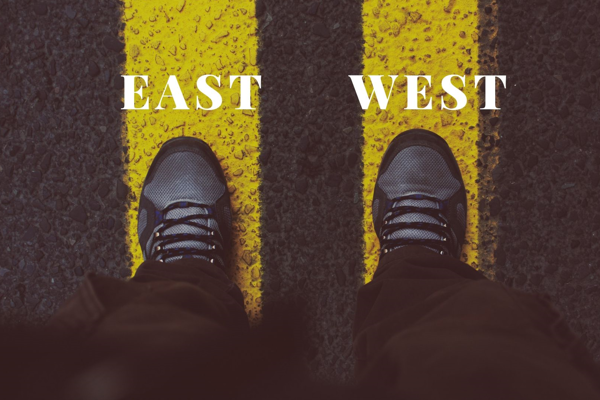 At commemorations for the 75th anniversary of the D-Day landings earlier this month, US President Donald Trump, UK Prime Minister Theresa May, German Chancellor Angela Merkel and other world leaders lined up next to Queen Elizabeth II in Portsmouth in the south of England to honour the memory of the thousands of Allied troops who landed in Normandy to liberate Europe.

Slovakia had also been invited to send a representative. However, neither President Andrej Kiska, nor Prime Minister Peter Pellegrini took up the offer, and instead the Deputy PM for Investment and Informatisation, Richard Raši, attended.

President Kiska said that he had already finished performing foreign visits as President (June 15 is his last day in the office) while PM Pellegrini flew to Russia for a state visit instead.

Critics slammed the Deputy PM’s attendance, arguing not sending the head of state or PM was a major diplomatic faux-pas. Others pointed to the timing of Pellegrini’s visit to Russia. They said that even though Slovakia is a member of both the EU and NATO, some politicians continue to be eager to persuade people that Slovakia should look not just to the West, but East as well.

Since becoming an independent state more than 25 years ago, Slovakia’s political orientation has been the subject of periodic debate among foreign policy experts, politicians and the wider public.

It was a prominent them in the 1990s and early 2000s when the country debated joining NATO and the EU.

It has again come into focus in recent years with extremists from the People's Party - Our Slovakia (ĽSNS), which was the third most popular party in Slovakia, according to a recent opinion poll, openly proclaiming a pro-Russian stance.

And while all other parties have publicly declared a pro-Western orientation some, like the coalition Slovak National Party (SNS) led by Andrej Danko, have stressed the need to remain in the middle between East and West.

Speaking at commemorations in 2018 markingthe 73rd anniversary of the Red Army’s liberation of Bratislava from the Nazis in WWII, Danko said: "We want to be a natural bridge between the West and the East, because we are very sensitive to injustice, as we have often been victim to it in history."

Many Slovaks appear to agree with Danko and see Slovakia as a ‘bridge’ between the two.

A recent survey, Globsec Trends 2019, carried out by the international defence and security think-tank Globsec, which is based in Slovakia, showed that Slovaks believe the country’s orientation should be between both the West and the East, despite Slovakia being a member of the EU and NATO and being part of the Eurozone using the Euro as its national currency.

Almost half, 46 percent, of respondents said they would like to see Slovakia “somewhere between East and West”. Meanwhile, 23 percent wanted Slovakia to be a part of the West, and 10 percent to be part of the East.