US helicopters can land in Piešťany

The Defence Ministry responded to the reports on the disapproval with the stopover. It discussed the mistake of its employees. 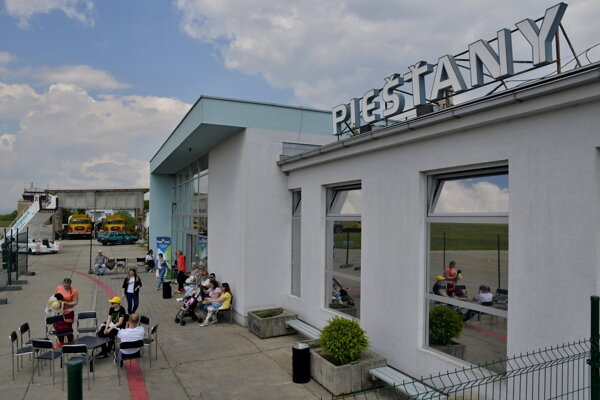 Defence Ministry will not prevent the US helicopters from landing at the airport in Piešťany (Trnava Region) on their way from an international exercise. The announcement came after both opposition and coalition parties, as well as president-elect Zuzana Čaputová, criticised it for preventing the stopover, the Denník N daily reported.

Six US helicopters landed at the Piešťany airport on June 18, filled up their tanks and continued on their way to Germany via the Czech Republic. They spent about an hour in Piešťany, the private broadcaster TV JOJ reported.

Denník N first wrote about the problems with the landing on June 13. As it wrote, a group of US helicopters stopped in Piešťany in late May on their way to the Saber Guardian international training program that took place in Hungary, Romania and Bulgaria. They filled up their tanks and the crew spent a night there. They were planning to do the same on their way back to their German military base on June 19.

“The Defence Ministry approved the flight over Slovakia but rejected the stopover,” Boris Gandel, spokesperson for the Slovak Foreign Affairs Ministry, told Denník N. “It is necessary to ask the Defence Ministry, which will decide on the US request, for more details.”

However, the Defence Ministry objected to the claim. As its spokesperson Danka Capáková explained, the Foreign Affairs Ministry received an internal communication, not the official statement.

“The error of the Defence Ministry’s employees and their actions above their duties will be the subject of a disciplinary proceeding,” Capáková wrote to the Sme daily.

As Denník N explained, the permission to land is formally issued by the Foreign Affairs Ministry, but they need permission from the Defence Ministry. The latter said that they decided on the request of the US Embassy concerning the flight across Slovakia and stopover on June 18 and 19 only on June 14.

Read also:Gajdoš removed from talks on defence cooperation with the USA Read more

It allegedly wrote to the Foreign Affairs Ministry in the official statement that they respect the diplomatic approval from 2018, when such overflights were approved, Sme wrote.

Denník N also tried to verify the information from other diplomatic sources. The US side was surprised by the Defence Ministry’s attitude, claiming they have not experienced anything similar before.

Both countries are members of NATO and have been collaborating in the military field for years, Denník N wrote.

The daily also addressed Piešťany airport, asking about potential obstacles, but they replied that they will be operating as normal.

A threat to sovereignty?

The Defence Ministry reportedly explained its refusal by saying that the stopover would be at odds with Slovak legislation. Moreover, it could even threaten Slovakia’s sovereignty.

However, as Denník N pointed out, this explanation cannot be taken seriously, especially when taking into consideration how the Slovak army works. The overflights and stopovers of planes from other countries have been routine for nearly 20 years. Moreover, the US army has rented the military airport in Kuchyňa, near Malacky (Bratislava Region) in the past.

Besides, the Slovak authorities did not prevent the stopover in late May, the daily wrote.